An officer took the teen's phone when he tried to call his mother. The incident escalated quickly, resulting in the teen's detainment.

CARROLLTON, Ga. - A lawyer for a Carrollton family says it was wrong for police to arrest a teen stemming from an incident that he had nothing to do with.

It happened on the night of the Fourth of July. The Marenco family was one of the many that attended the fireworks show.

Police, as you might expect, provided security for the event.

One officer got some information about males being seen pulling on car handles in a nearby parking lot.

Jorge Marenco was one of two teenagers spotted "a football field" away from the lot, according to his mother Brandolynn Marenco.

"He had nothing to do with that but he was stopped," she said. "My son was asked to give his name and he did."

Bodycam footage shows a verbal back-and-forth between the teen and one of the officers who asks him to spell his name but, according to the mother that officer never asked Jorge for his identification, which he had on him. 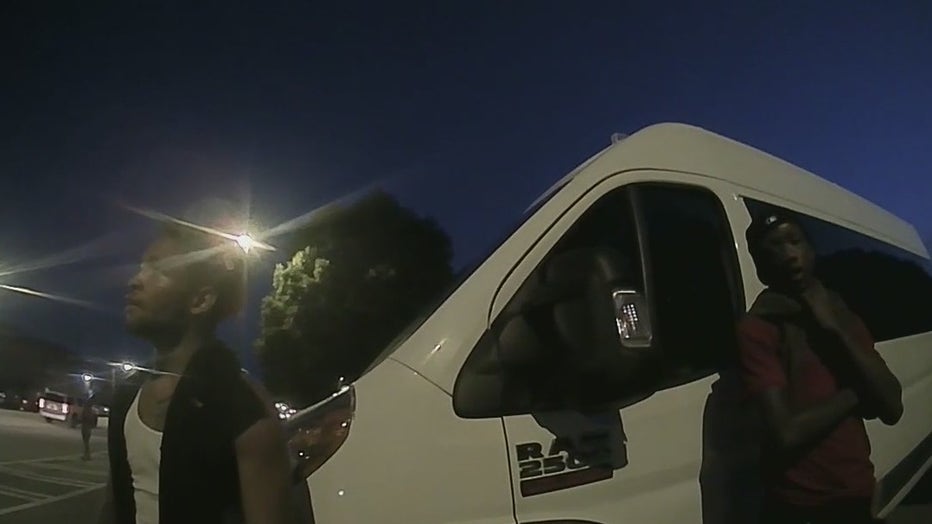 Jorge Marenco was one of two teenagers suspected of trying to break into parked cars. The family says the teens had nothing to do with the incident. (Photo courtesy of Carrollton Police Department)

In one portion of the video, the boy attempts to use his cell phone to ask his mom to come over to the location to handle the encounter, but the officer prevented him from doing so.

"Jorge got frustrated having to repeatedly give his name," the mother said.

A short time later, that officer took the teen to the ground and tells him he will be arrested.

The reason the officer gave on the video is that Jorge "tried to act hard".

Marenco witnessed the takedown and called out the name of Chief Joel Richards, and she asked for a supervisor.

The mother is the manager of the Carrollton Housing Authority and knows the chief professionally.

The department says the entire incident is under investigation. The chief called the arrest lawful.

But an attorney for the family, Harry Daniels, called the encounter unnecessary, citing that the mother was present and police should have released the teen to his mom.