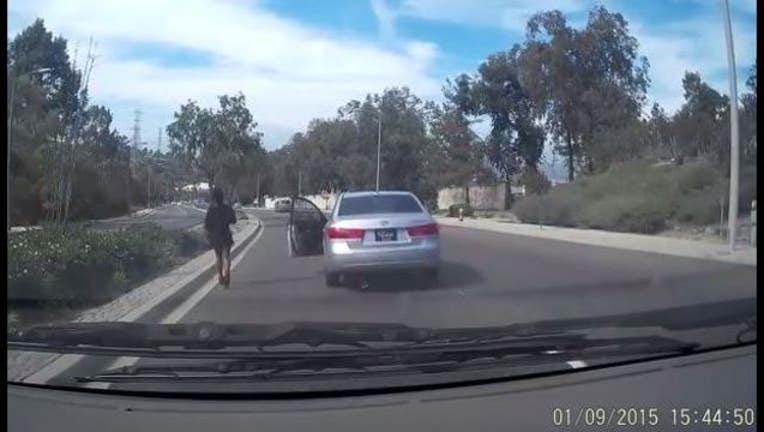 CALIFORNIA - A California woman slammed on her brakes, stepped out of her moving vehicle, and let it roll into oncoming traffic on a busy street, all in a bizarre accident that was caught on dash cam video.

The video was originally recorded on September 1st, but recently surfaced online.

In the clip that was posted to YouTube, the woman is seen slowing, then quickly accelerating, her speed in a Hyundai Sonata, then slamming on her brakes. The car filming the action also comes to an abrupt stop to avoid hitting the vehicle.

The Sonata then careens across the median into oncoming traffic, striking two vehicles. It finally comes to a stop on the opposite side of the highway.

According to the San Gabriel Valley Tribune, the driver in the bizarre accident was identified as 22-year-old Jasmine Lacey of San Bernardino. She was taken to a hospital for “a non injury-related reason."

Lacey was not charged with a crime, and the people in the vehicles that were struck suffered only minor injuries.