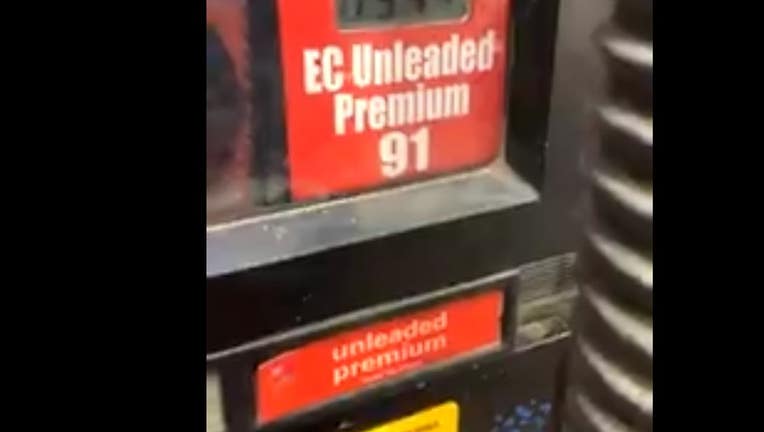 HOLLISTER, Calif. - Erick Gonzalez was stoked that he was able to fill his tank with 16 gallons of gas for just $6 at an Arco station in Hollister, Calif.

And he wasn't the only one. He said there was a line outside the station on Sunday night about 70 people deep.

Turns out, it was not a special promotion.

Assistant manager Josie Rabello told KTVU on Monday that a fellow employee had made a mistake writing out the prices.  The employee meant to write "$3.39," Rabello said, but lost the $3 before the decimal point along the way.

Employees inside the station did see the big lines outside the Gateway Drive station, but didn't really realize why until much later since customers were paying outside and they didn't notice the discrepancy at the register inside.

The issue blew up on social media, attracting more and more customers. Why wouldn't it? The average for a gallon of gas in California is the highest in the country at $3.86.

Rabello said the station might have lost up to about $4,000. 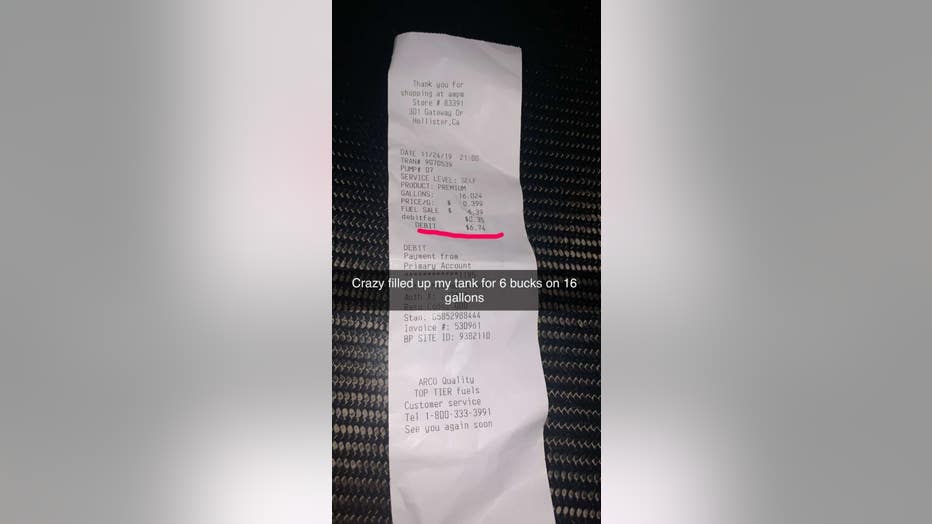