BARTOW COUNTY, Ga - Bartow County is cracking down on extended stay hotels. A new ordinance is in place that outlines how many people can live in a hotel room and for how long.

"As the hotels have gotten older, some of them, instead of renting nightly rooms as was the original intention, they started renting weekly rentals and they turned into permanent housing for a lot of people in the county. That wasn't the intent of the original zoning so the new ordinance will address that," said Commissioner Steve Taylor.

Taylor said an ordinance was needed after almost 200 people were evicted from the Budgetel in October following numerous code violations.

The ordinance, adopted last week, requires hotels that provide rooms to guests for 14 or more days must have a $500 permit plus $50 per room designated as extended stay use.  The ordinance also states no more than 2 people per a 300 square foot room and no one can stay longer than 120 consecutive days.

Commissioner Taylor said these rooms weren't designed for permanent living, they're just a bedroom and a bathroom, no kitchen.

"If you're plugging in all these hotplates and microwaves and small stoves in a hotel room that's not intended for kitchens then you've created what we think is a potential fire hazard," said Taylor.

Taylor said the intent is not to displace residents, it's to get the owners to play by the rules.

"We want the landlords to make improvements if they're going to be in the permanent housing business they have to bring their rooms up to code," said Taylor.

FOX 5 News met a family of five living in a room at the Country Hearth Inn. They said they've been living there for seven months. They said they were told Monday morning they'd have to pack up and move by 11 a.m. Tuesday.

"This is where they live they've called this place home for seven months and has not been any issue whatsoever until now," said Tiffany Black whose mother and brothers live in the hotel. 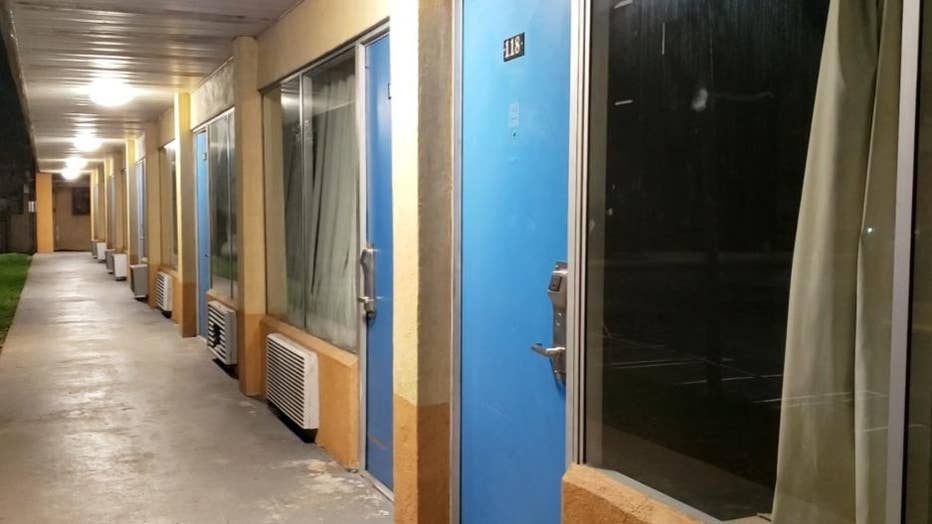 While the owner of the hotel said "This is not an extended stay" and denies anyone is being forced out, several residents told FOX 5 News they were told they'd have to leave right away.

McKayla Carroll who lives here with her brothers, her mother and her mother's boyfriend, said they've been calling around looking for a new place, but haven't had any luck.

"It's going to be really hard finding something right now because it's almost Christmas and everything either is taken or they're full," said Carroll.