A small stretch of street in front of Georgia's Capitol and who controls it is at the heart of an argument between the mayor and city council.

At issue is the transfer of a Downtown street that sits alongside the state Capitol.

Authorities have and would like to completely seal access to that area of the Capitol for security reasons. The city council voted to turn over half a block of Mitchell Street.

In return, the Georgia Department of Transporation would provide safety improvements to Donald L Hollowell Parkway, a state-owned street that is inside the city. 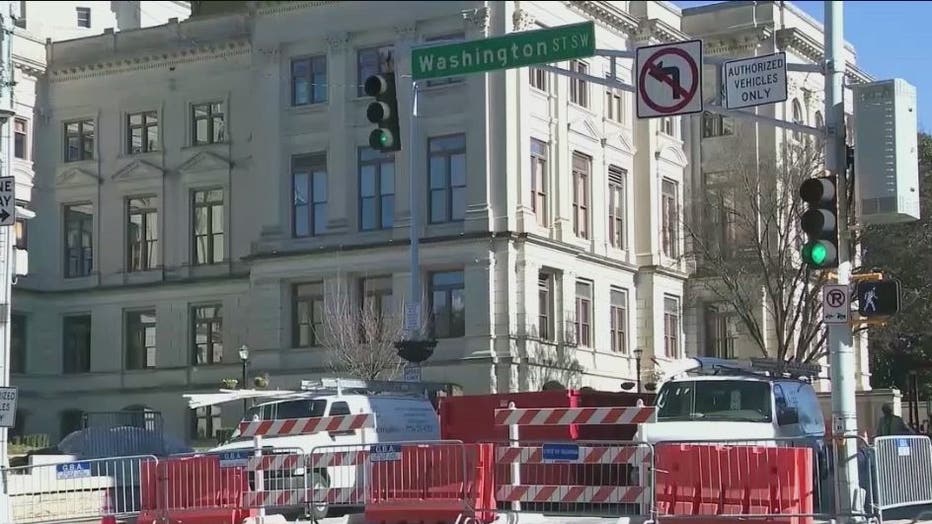 The Atlanta City Council voted to give up control of a section of Mitchell Street in front of the Georgia Capitol. (FOX 5)

Bottoms vetoed the action earlier this month. But the council overruled her which is supposed to put the street plan back in place.

In a surprise move, Bottoms then penned her signature to an order instruction her executives not to act on the council action -- thwarting the city council intent.

"She cannot do that," Bond said. "You cannot override an override."

Yet, the Bottoms' administration contends the mayor's administrative order is both appropriate and legal. Administration officials said there never was any agreement to given Atlanta compensation for that portion of Mitchell Street. Plus, they argue, the mayor will see to it that improvements are made to Donald L Hollowell Parkway.

"As the mayor previously stated, the process by which the legislation came forward was unlawful. As mayor, it is her responsibility to ensure that all actions we take are in accordance with the law."