The body of 30-year-old Weldon Mills was found in the parking lot of the Hampton Woods apartments in Norcross. According to police, Mills died after being shot in the back of the neck.

The case was revisited in 2019 after no suspects had been previously charged.

Titus Norwood, 43, was charged with Felony Murder and aggravated assault after investigators interviewed multiple people and determined there was enough probable cause. 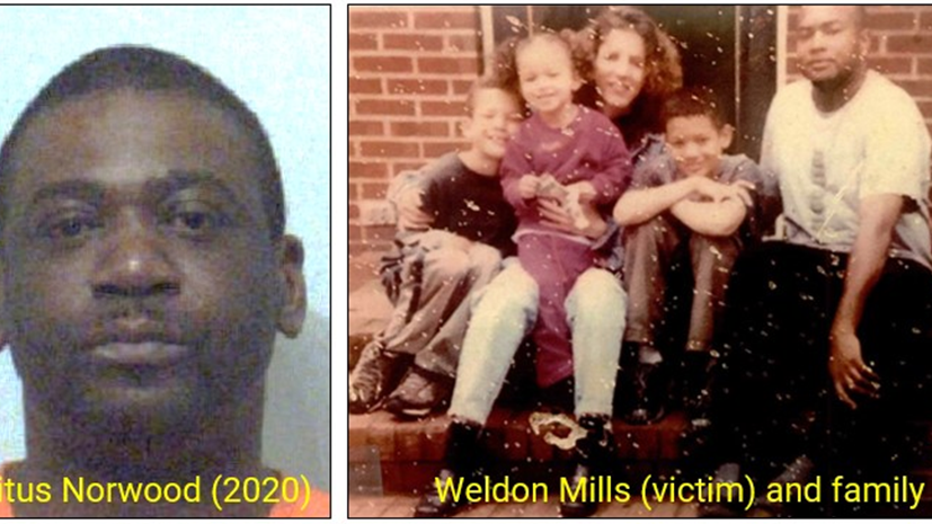 According to police, the motive appears to be drug-related.

Titus was placed under house arrest on March 25 is Washington state. The Gwinnett County Sheriff's Office is overseeing his extradition to Georgia.

“The arrest in this case illustrates the successful partnership between the Gwinnett County Police Cold Case Unit and the District Attorney’s Office. We will continue to devote our time and resources toward solving cold cases. Additionally, we hope that this arrest brings some degree of closure to the family of Mr. Mills.”