A teen was arrested and charged in the 2021 murder of Jakari Dillard at a public pool. Police also announced arrests in the fatal shooting of a motorist at I-20 and Windsor St. on March 14.

ATLANTA - Atlanta police said officers have made two arrests in the shooting death of a man at a busy Downtown Atlanta intersection near an Interstate 20 underpass earlier this week. A third man is still on the run.

Police held a press conference to announce arrests in multiple murder cases, including the murder of 17-year-old Jakari Dillard at an Atlanta public pool in 2021.

Police said around 10:20 p.m. Monday a witness called 911 saying that a person had been shot.

Officers rushed out to Windsor Street and found a car parked under the Interstate 20 overpass. Investigators said a car pulled up beside the victim's vehicle and opened fire.

A man at a stoplight was shot multiple times, police said. He died at the scene. 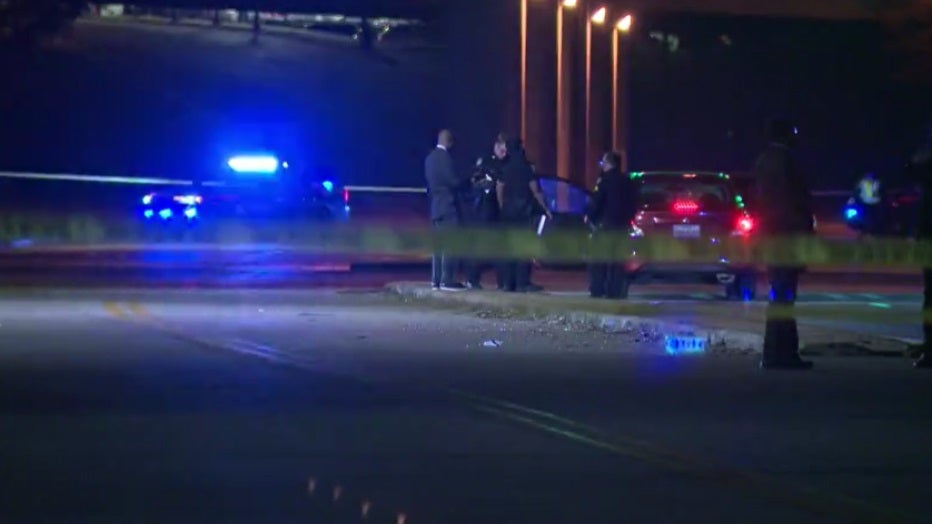 Police investigate a deadly shooting near the I-20 underpass along Windsor Street on March 14, 2022. (FOX 5)

Police say the victim appeared to be in his mid-20s. They haven't released his identity or said if he lives in the area.

Police have not released a motive in the case.