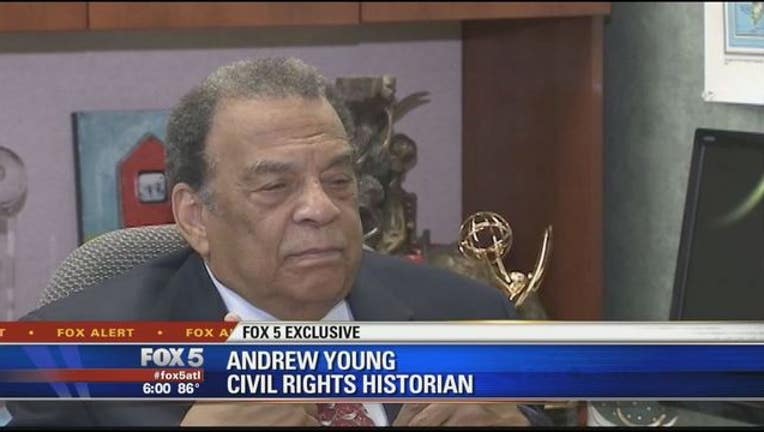 An international civil rights icon and former Atlanta mayor weighs in on the debate the entire country is talking about. FOX 5's Morse Diggs sat down with Ambassador Andrew Young to get his take on the Confederate flag and his answer might surprise you.

He said some people fighting against the flag are more worried about treating the symptoms than treating the illness. Also he is not advocating a tax on the flag.

The former two-term mayor suggested people focus more on the substance of the problems and issues of today and not on a symbol. He said a lesson should have been learned by what happened at the State Capitol. He said supporters of former Governor Roy Barnes won a big state battle but lost the State House.

When looking at the flags that fly at Stone Mountain, it's not hard to miss the presence of the Confederate Flag. For some it's a symbol of past or even present attitudes of intolerance. Andrew young claimed it doesn't answer anything.

"I would never trade the flag for a single job," said Young. "The problems we face don't have anything to do with the flag. The fact is that 93% of black people killed are killed by other black people. So black lives matter. Let us start believing that we matter."

Instead of worrying about Confederate symbols, the man who walked with King recommends we pay attention to the substance of what's taking place right now in 2015.

Young also said he will take his cue from the families of the victims of the Charleston church shooting. He said they set the tone about healing and making the community better, not focusing on just trying to get rid of a symbol. He would rather see well intentioned people focus their energy on the real problems of today and not a big divisive flag fight.