The runoff is scheduled for January 5 and will likely determine which party controls the U.S. Senate.

ATLANTA - Big names could soon come to Georgia as the focus of the nation turns towards the state's two big Senate runoff races in January.

"This is our only chance to clear Mitch out of the way and help Joe and Kamala get things done in the next 4 years," Yang tweeted.

“This is no run-of-the-mill runoff. The fate of the nation's balance of power Is on the table here,” political strategist Brian Robinson said.

Robinson said Republicans are on the defense going into the runoff after Joe Biden was announced as the projected winner of the presidential election but have a history of winning runoff fights in Georgia.

“What we have seen traditionally in Georgia that Republicans are much more reliable runoff voters than Democrats are. The republican have a pretty long string of unbroken wins in statewide runoffs,” he said. “They want to make sure Democrats don’t control every level of power in Washington. That’s a very powerful motivator. Democrats are fat and happy because they got what they want in Washington.” 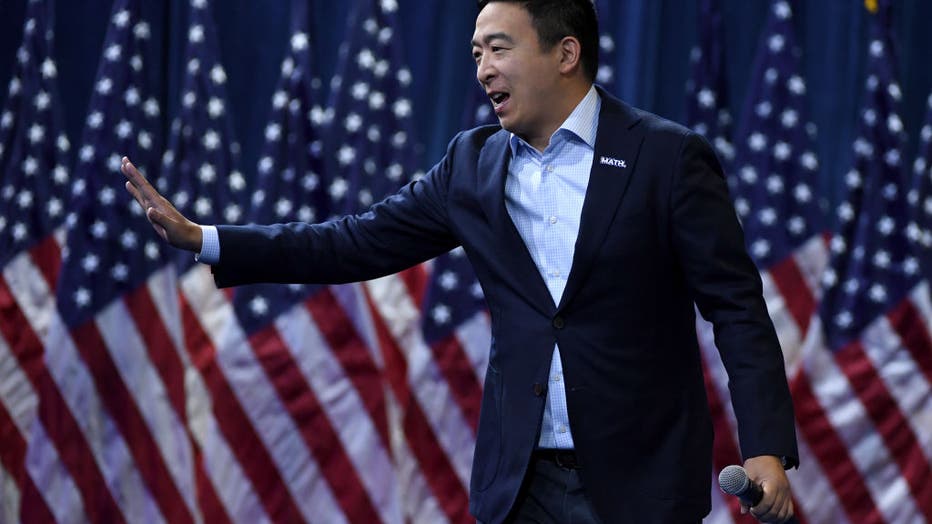 Andrew Yang waves as he arrives at the 2020 Gun Safety Forum.

Nse Ufot is the CEO of the Nonpartisan organization New Georgia Project and said her goal is to get everyone registered and out to the polls.

“We are talking about turning voters out in the middle of the pandemic, Thanksgiving, Christmas, Hanukah, and News Years in the South,” Ufot said.

As for those political ads and text messages, Linda Rigby with the League of Women Voters of Georgia said get ready to see more.

“I’m getting five to 10 text messages a day from all parties. I’m not saying it’s a bad thing but be aware of that. It’s information,” Rigby said.

Voters can request an absentee ballot starting Nov. 18. Early voting for the runoff will begin Dec. 14.

If you aren’t already registered to vote, you have until Dec. 7 to register for the runoff election.