Ambulance struck 2 times in one day

A Cobb County ambulance crew was able to complete its 12-hour shift despite being involved in two crashes after life-saving mission.

MARIETTA, Ga - It was quite a day for a paramedic and EMT from MetroAtlanta Ambulance service. Their ambulance was struck by two cars in two separate wrecks, and that's not even how their day started. Still, the crew stuck it out for their full 12-hour shift and chalked it up to just another day in emergency services.

The crew's first call of the day on Friday was regarding a man stuck on the railroad tracks. He had fallen and couldn't get back up. Fortunately, the CSX train operator saw him and stopped the train in the nick of time. Still, the man needed medical attention. The ambulance crew along with Marietta Police and Fire hiked close to half a mile down the tracks to get to him and carry him out.

"It was early in the morning, very cold, we had a person suffering some medical issues and certainly hypothermia was a key factor," said Dennis Westover with MetroAtlanta Ambulance Service. 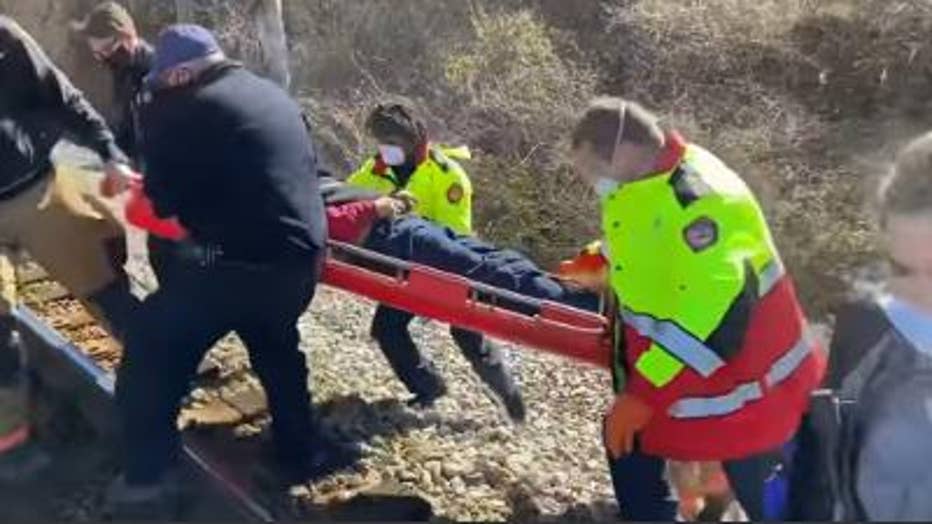 Later that day, while responding to an emergency call with their siren on and lights flashing, a car hit the ambulance head-on in Smyrna.

"They were coming to an intersection at Concord Road and South Cobb Drive, someone came around a bus and our ambulance was hit," said Westover.

The ambulance crew, a man and woman, weren't hurt. Once reports were filed, they continued to respond to more calls. 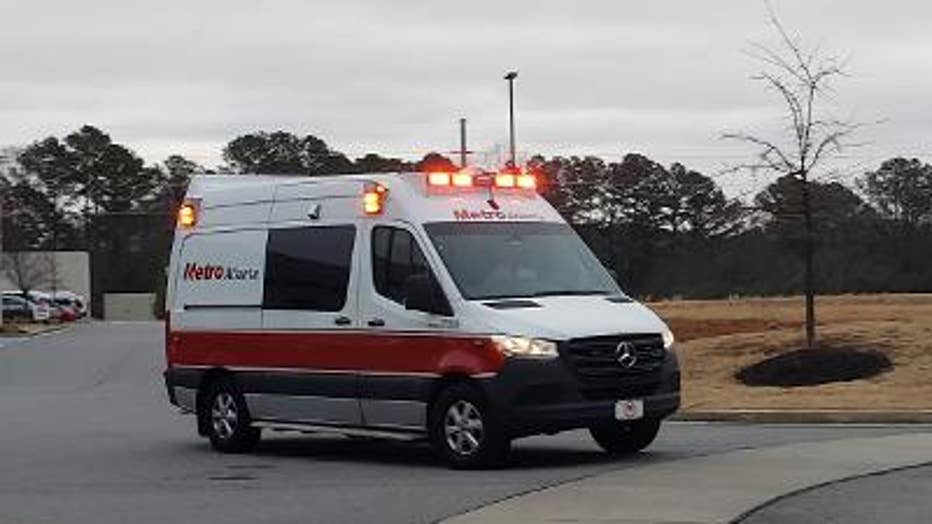 About 90 minutes later, they were heading to a call in Marietta. They were at the intersection of Fairground and Seminole when police say a car slammed into the moving ambulance.

"There was more extensive damage in this incident, it was a hit and run," said Westover. 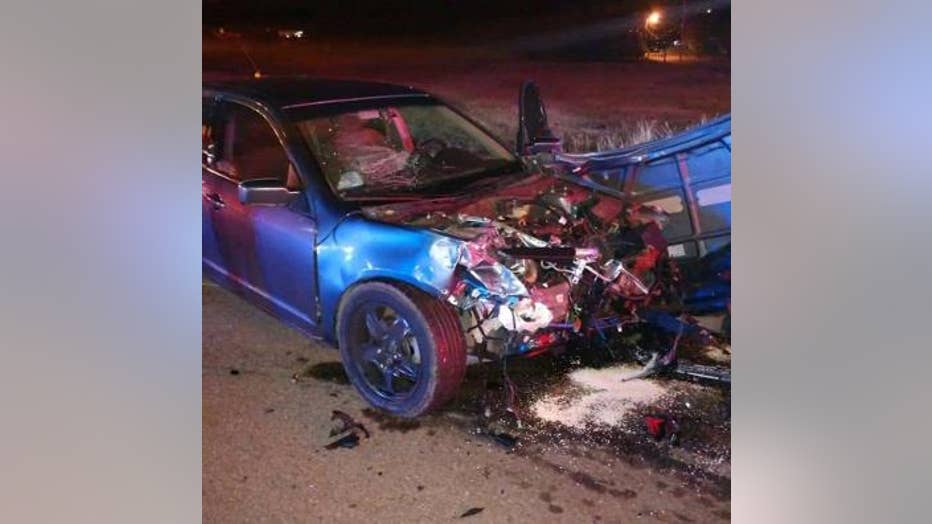 The driver got out of the car and took off running. Police are still looking for him.

It was a tough day for the ambulance crew, but they kept working until their shift was over. 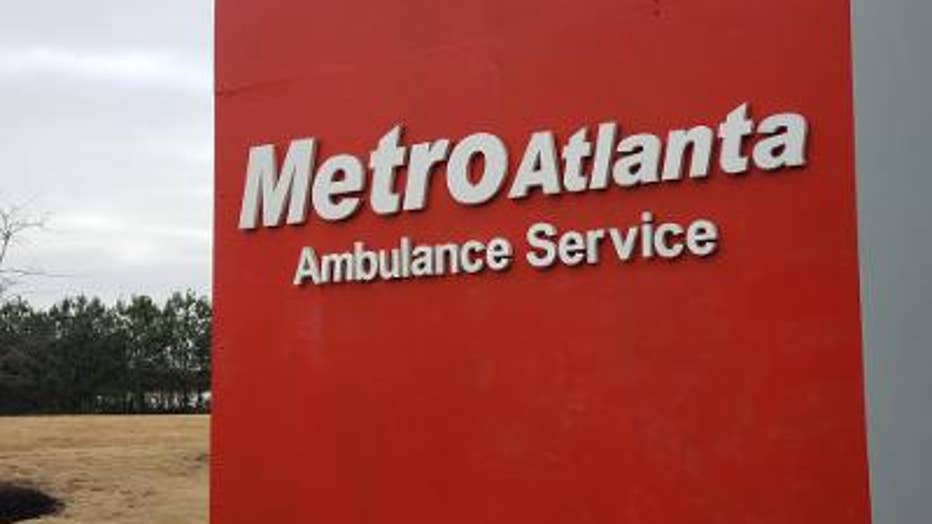 "We're here to help people every day and we have an entire organization that goes out every day with one goal and that goal is to help people.  The fortunate thing is nobody was injured and our crew is doing well," said Westover.