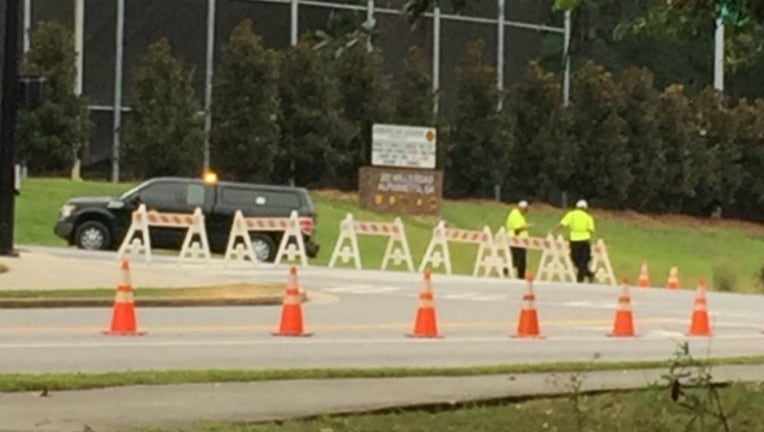 ALPHARETTA, Ga. - Police responded to a report of a suspicious object at a home in Alpharetta Wednesday morning.

The Alpharetta Department of Public Safety said police were called to the 1500 block of Rucker Road after a 911 caller reported the suspicious device. A bomb squad with the Georgia Bureau of Investigation was then called to the scene.

Investigators determined the device was actually an improvised firework.

As a result of the investigation, police shut down Rucker Road between Wills Road and Greenmont Walk. The scene has since been cleared and Rucker Road is open.

No one was injured, according to police.