Authorities are still searching for the teen who they say attacked another student Tuesday morning at Alexander High School in Douglasville. Authorities reported that the high school was placed on code red. Officials say the injured teen was taken to the hospital and the alleged attacker is still on the run.

DOUGLAS COUNTY, Ga. - School police said they are still searching for the person responsible for a student being stabbed near the cafeteria of a Douglasville high school on Tuesday morning. The incident prompted a Code Red lockdown.

Alexander High School, located in the 6500 block of Alexander Parkway in Douglasville, was placed under a lockdown while school police investigate the stabbing, officials said.

School officials say the victim in the stabbing that sent Alexander High School into Code Red lockdown is hospitalized and recovering. Police have not identified the other student suspected in the stabbing.

At the time, officers did not allow anyone to enter or leave the school. Around 10:15 a.m., the lockdown was lifted.

Speaking at a press conference, Douglas County School System Police Department Chief Tracey Whaley said that one male victim had received medical treatment and has been taken to a local hospital.

Douglas County high school under lockdown due to incident

Alexander High School in Douglas County is under a 'Code Red' lockdown due to an incident at the school. Police are currently on campus investigating.

Some students resumed a normal day following the incident while others were allowed to be dismissed to their parents and guardians.

The stabbing happened near the cafeteria area of the school. A photo provided taken by a student at the school shows over a dozen evidence markers placed in one of the building's hallways. 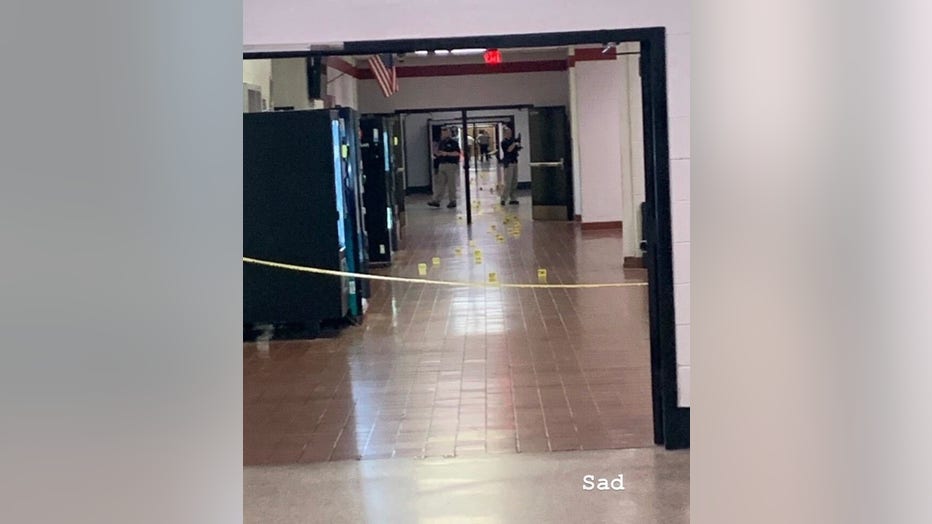 In a set of texts a mother of an Alexander High School student was sent, her daughter said that she and other students were taking cover in a closet.

"We're hiding in a closet (right now)," the student wrote.

Officials have not released information about what led up to the stabbing. 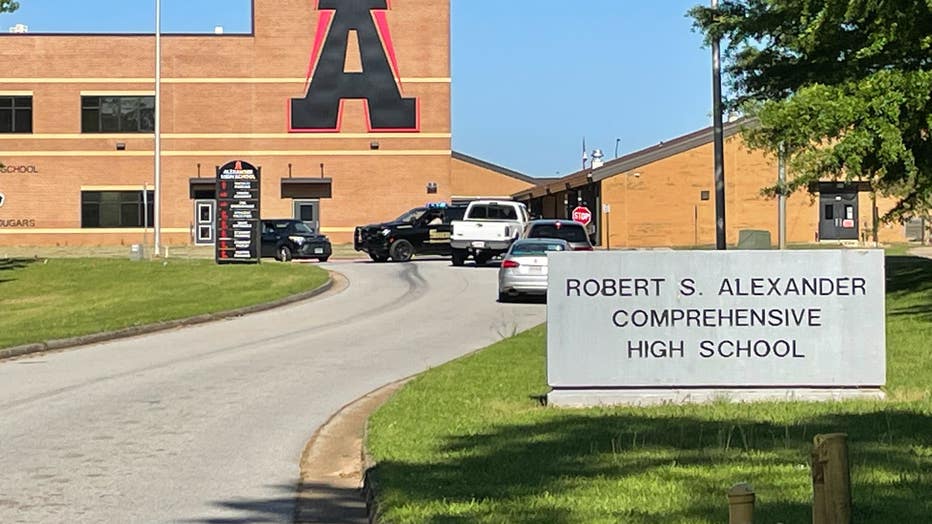 Investigators said they do not have any suspects in custody, but Whaley said there may have been two males involved. School officials said video shows one person running from the campus and into the nearby woods. One person is being questioned, officials said.

The school system is partnering with the Douglas County Sheriff's Office in their investigation. If you have any information that could help with the investigation, please call investigators.