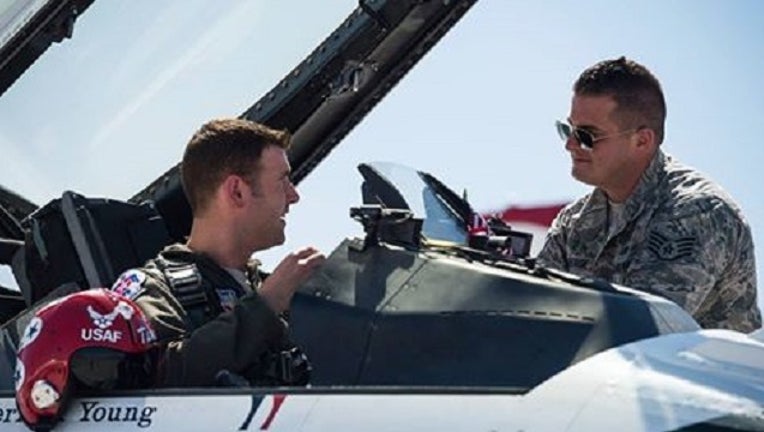 COLORADO SPRINGS, Colo. (AP) — The U.S. Air Force Thunderbirds will be back in the air this weekend after a pilot crashed during a flyover at an Air Force Academy graduation in Colorado, grounding the team for two weeks.

The elite performance team says it will perform Saturday and Sunday in Ocean City, Maryland.

The team was grounded after Maj. Alex Turner was forced to ditch his plane shortly after flying over the crowd watching President Barack Obama's commencement address June 2 in Colorado Springs. He wasn't seriously injured.

Meanwhile, the U.S. Navy Blue Angels have started practicing to resume their appearances on June 25-26 at Florida's Vero Beach Air Show after Capt. Jeff Kuss died in a crash June 2. Kuss' F/A-18 jet wrecked just after takeoff while he was practicing for an air show near Nashville, Tennessee.