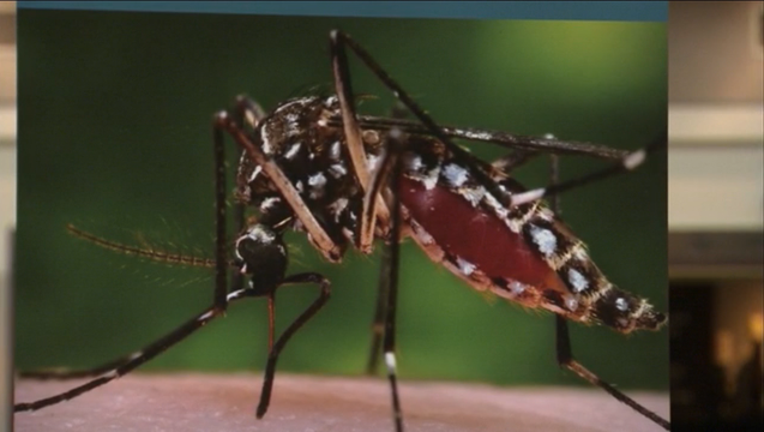 NEW YORK (AP) — Online requests for abortion pills spiked dramatically this year in Brazil, Ecuador and some other Latin American countries that ban abortions, an indication that women may be choosing to end pregnancies rather than risk birth defects stemming from a Zika virus outbreak.

Researchers reported the trend after trying to understand how pregnant women are responding to the threat of Zika-related birth defects in countries where abortion is banned but the government is warning women to avoid pregnancy because of Zika outbreaks.

The study, which was published Wednesday, has some major limitations. Researchers analyzed requests for abortion pills from just one online service, which is not believed to be representative of all the women in any of the nations studied. And the research does not answer how many abortions actually occurred in those countries.

But it gives a first-of-its-kind look at an issue many have been wondering about. In the U.S., the states where Zika outbreaks are considered most likely — like Florida and Texas — are places where abortion restrictions have been increasing and the number of abortion providers shrinking.

"If Zika does begin to transmit locally, you're looking at situations for (U.S.) women that may not be that different from countries like Brazil or Ecuador," said the lead author, Dr. Abigail Aiken of the University of Texas.

The Zika virus, which is spread mainly by a tropical mosquito, causes only a mild illness, at worst, in most people. But during recent Zika outbreaks in Latin America, scientists determined that infection during pregnancy has led to severe brain-related birth defects.

For every 100 pregnancies involving women infected early in their pregnancy, an estimated 1 to 15 will result in severe birth defects, according to the U.S. Centers for Disease Control and Prevention.

The nonprofit organization, which gets 1 million visits a month, provides online consultations. In some situations, Women on Web can arrange for shipment of a combination of pills that will induce an abortion.

In other situations — like Brazil, where authorities have been confiscating medicines sent through the mail — Women on Web gives advice on where women might travel for an abortion, said Dr. Rebecca Gomperts, a Dutch physician who founded the online service.

That's why the study reflects requests for services, and not pills provided or actual abortions, said Gomperts, who is a co-author of the study.

The research was published online Wednesday by the New England Journal of Medicine.

It looked at requests to Women on Web from 19 countries from 2010 through early this year, including eight where Zika outbreaks, government warnings and abortion bans all were occurring at the same time.

The researchers determined how many requests are made, and compared the average to how many requests came in between last November and early this March — when Zika outbreaks and government warnings were occurring in much of Latin America.

They found twice as many request from Brazil and Ecuador as normally occur, and nearly double in Venezuela and Honduras.

Some experts noted that the women who use this service may not be representative of women across the region because they have access to computers, they know about entities like Women on Web, and they may even have the resources to travel to get abortions.

It's not clear whether poor women in rural areas — who tend to be more exposed to mosquitoes and are at a higher risk of infection — would be as likely to pursue abortions, said Paula Avila-Guillen, a program specialist at the New York-based Center for Reproductive Rights. She was not involved in the research but works on abortion issues with people in Latin American countries.