COBB COUNTY, Ga. - The Youth mentor said people all over the world have reached out to apologize for a stranger calling police just because he was a black man babysitting white children.

Cobb Police released the 911 call Wednesday, the unidentified woman made.

“I see this black gentleman with two little white kids and I had a funny feeling,” the caller said.

Corey Lewis, who is black, said he was babysitting two children who are white Sunday afternoon. Lewis said a white woman approached him in a Walmart parking lot asking to talk to the children to see if they were okay. Lewis refused and said the woman threatened to write down his license plate number.

"I feel like from her perspective she's seeing something that wasn't right, judgmental, me looking the way I am being with two kids who don't look like me," said Lewis.

The woman told police she was concerned about the children’s safety, but did not describe any suspicious behavior by Lewis.

“It could be nothing, but I am not sure. If I didn’t do this I would be up all night,” the woman exclaimed.

“If I am wrong that is great, I’m thrilled. But if I am not these kids are okay,” the caller lamented.

Lewis said he was stunned and started a Facebook Live post. In it, he can be seen with the children in the car and he is saying "I'm a babysitter, I got two kids with me and this lady is following me."

When the caller asked the dispatcher if she should follow Lewis, the operator told her no, but she followed the babysitter anyway, all the way to his house.

Lewis said the woman followed them to a gas station and then to his home a few miles away. Just a few minutes later, police showed up and asked to talk to the kids.

The children were scared and confused.

"I saw the police get out of the car and my heart was thumping," said 10-year-old Addison.

Cobb County Police said they were just responding to a call of a suspicious person. The officer talked to the kids, determined everything was fine and left.

But the whole experience left Lewis and the children upset. Lewis has spent plenty of time with Addison and her 6-year-old brother Nicholas. Nicholas is part of an after-school mentoring program Lewis started called "Inspired by Lewis".

Now, Lewis and the children's father had the challenging task of explaining to the 6-year-old what happened and why.

"I asked him 'Did you understand what happened?' he said 'A weird lady was following us around because Mr. Lewis has brown skin and we have peachy skin'. He paused and asked 'Are we going to get in trouble for that?'"

Police said the woman didn't stick around once police arrived.  Lewis said he'd like to know who she is so she can see the stress she caused, just because she didn't think something looked right.

The 27-year-old business owner and babysitter said he has one question for the caller.

“There were multiple people walking out of the store. Why was my feeling so funny? That’s the question I have.” Lewis remarked.

RELATED: Youth mentor says stranger called police because he was 'babysitting while black' 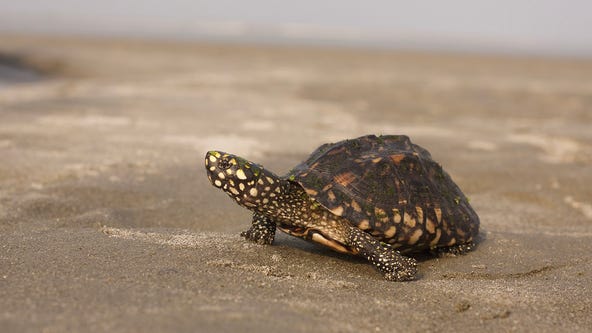