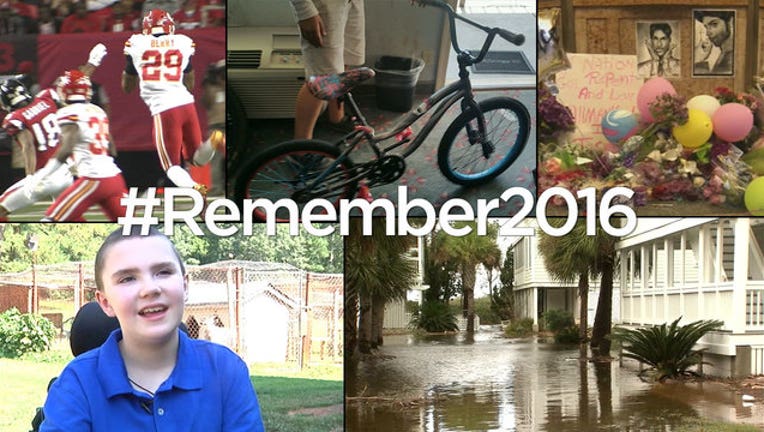 The election dominated national headlines, and local audiences followed the Ross Harris trial with great vigilance. The Summer Olympics came and went, and the Chicago Cubs won their first World Series championship in 108 years. Threats of the Zika virus alarmed citizens, while a new gene believed to be the most common cause of ALS was discovered. The nation wept for the victims of the Orlando nightclub shooting, and so many other tragedies, and watched helplessly as wildfires plagued the Southeast. We lost a record number of celebrities, from actors to musicians to important figures in history. Oh, and Pokémon Go mania was totally a thing.

These are just some of the stories that stand out when taking a cursory glance back on the last 366 days. (It was also a leap year!) But what do they really say about us, about humanity's ability to persevere?

We asked our evening anchors to #Remember2016. As professional journalists, they are called upon to report the news with accuracy and impartiality. At times, certain events take place that strike an emotional chord, and they are touched on a very real, very deep level.

Out of the countless stories they have covered over the year, they each chose one that stood out above all the rest, but perhaps not for the reasons you may think.

Select which anchor's pick for Most Memorable Story of 2016 you would like to see next by clicking or tapping the link below their picture or NEXT.