A $25,000 reward has been posted for information leading to the arrest and indictment of the suspect in the deadly shooting of an Oconee County gas station clerk as new video of the car surfaces.

OCONEE COUNTY, Ga. - The reward leading to the identity of the suspect who shot and killed an Oconee County gas station clerk has climbed to $25,000 as investigators release a new video of a car possibly connected to the case.

Elijah Wood, 23, was working the overnight shift at the RaceTrac located in the 7900 block of Macon Highway on Friday, March 19. A masked gunman walked into the store, pointed his handgun at Wood, and pulled the trigger around 1:40 a.m., investigators said.

With few leads, investigators have been knocking on doors and putting up flyers trying to uncover any clue in the county’s first homicide in two years. 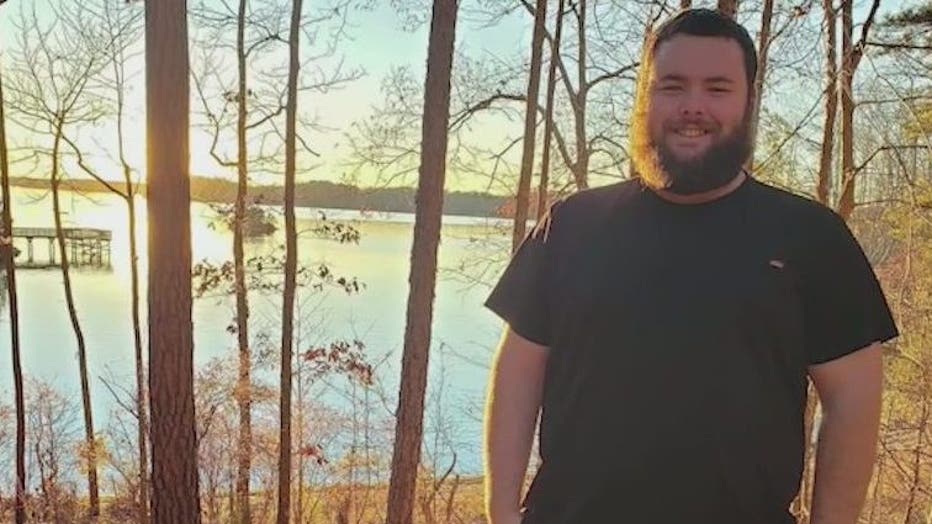 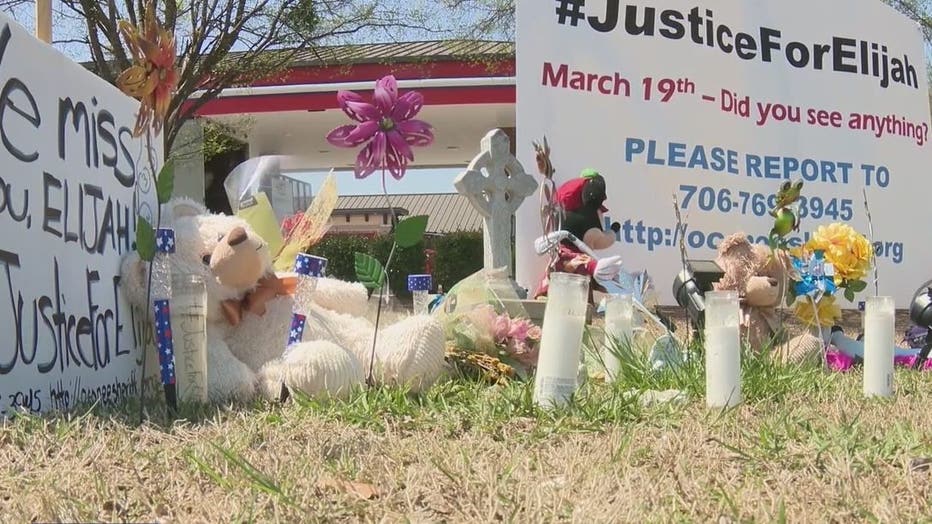 A makeshift memorial in front of the Oconee County gas station where 23-year-old Elijah Woods was shot and killed on March 19, 2021. (FOX 5)

A sign in front of the store facing Macon Highway reading "#JusticeForElijah" asks passing motorists to report anything they may have seen. In front, a makeshift memorial with stuffed animals, candles, flowers, and other mementos remembering his life. 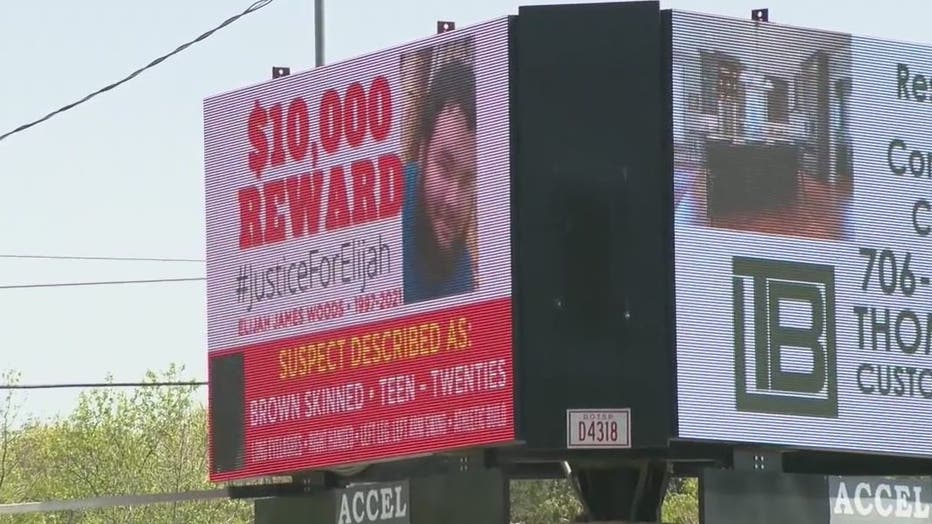 A billboard across from the Oconee County gas station where 23-year-old Elijah Woods was shot and killed on March 19, 2021. (FOX 5)

Across the street, an electronic billboard shows a picture of Wood and a description of his killer, pleading for tips and enticing possible tipster with a reward. Investigators said the gunman walked into the store, covered from head to toe in black clothing. 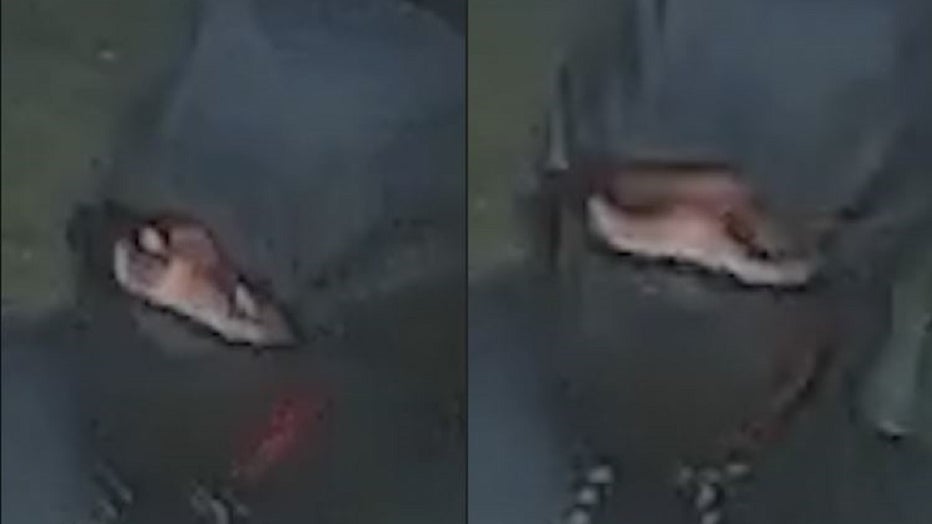 An up-close look at a suspect wanted for the murder of an Oconee County gas station clerk on March 19, 2021. (FOX 5)

The sheriff said this case is the highest priority for his office.

Last month, the sheriff released a video showing the suspect walking through the RaceTrac store.

"You can go anywhere and ask people about the big guy with the big smile at RaceTrac, and they know who he is," said Woods’s brother-in-law, Tripp Lemmonds.

Lemmonds describes Woods as a giant teddy bear who never met a stranger.

"Elijah saw everyone as good. He loved meeting people and talking to them. Elijah loved living. That's what he loved," said Lemmonds.

The sheriff’s office has released another surveillance video this week that shows a car spotted about 30 minutes before Woods was killed. Investigators believe it might be connected to his case. The car was seen between 12:45 a.m. and 1:30 a.m. traveling down U.S. 441 South, turning right onto Hog Mountain Road, driving past the gas station, and then turning right onto Welbrook Road. Investigators said it stopped several times along the way.

"The only thing you can see in those videos, are, is you can see the headlights and the taillights," the sheriff said. "We're hoping there is someone who is a car person, a car dealer or something like that can tell us that they think that it might be a certain type of vehicle."

"This was family that was killed here in this town. Family to this whole community," said Lemmonds.

The GBI and FBI are helping the sheriff in analyzing evidence.

The sheriff said anyone who would like to donate to the reward can still do so. He posted the following to his office's Facebook page:

"The money in this account will be managed by Oconee State Bank and can only be used for rewards for information in criminal cases. Any money raised over the posted reward amount will remain in the account for future rewards."

His family has set up a fundraiser to help cover his funeral expenses.