The War Eagles have qualified for the postseason already, currently occupying what would be the fourth seed in Region 5-7A, while the Wolverines are a game ahead of them in the third position-the winner putting themselves in position to improve their playoff seeding. The lowest seed in the Region 5 would face Region 7 winner Parkview next week in round one of the playofffs instead of a very young, but improving, Norcross team that's currently under .500. 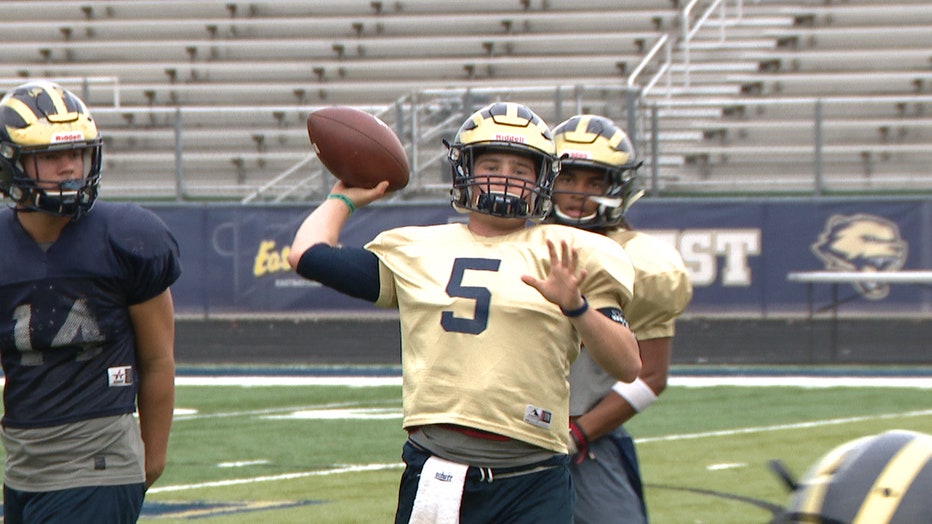 "Somebody brought it up this week that it's a game that matters and I said that's great because that means that somebody else notices it,' said West Forsyth Head Coach Shawn Cahill. "And our kids notice it, and they notice you guys will be here, and they think it's a great thing- anytime you can put more lights on kids they like it."

HIGH 5 Game of the Week

"The opportunity to get that exposure and to play in big games like this, it's not a problem, it's fun." South Forsyth Head Coach Jeff Arnette said. "I'm excited for the kids with all that is riding on the game, along with (High 5 Sports) being at the game also."

The action gets underway Friday at 7:30 p.m. from The Den on the campus of West Forsyth. Pre game coverage beginning in the 5 O'clock hour of FOX 5 News will feature performances by the Wolverines marching band, cheerleaders and back-to-back-to-back champion gymnastic team.