After days of high temperatures and a night of heavy rain, parts of north Georgia are seeing snow and heavy winds early Monday morning. Officials say drivers should be cautious when heading out.

The National Weather Service has issued a Winter Storm Warning from 12 a.m. to 9 a.m. Monday for parts of north-central, northeast and northwest Georgia.

Snow showers could produce up to 3 inches of snow in the higher elevations and up to 1 inch elsewhere, causing concern for slick roads if moisture is leftover from all the rain 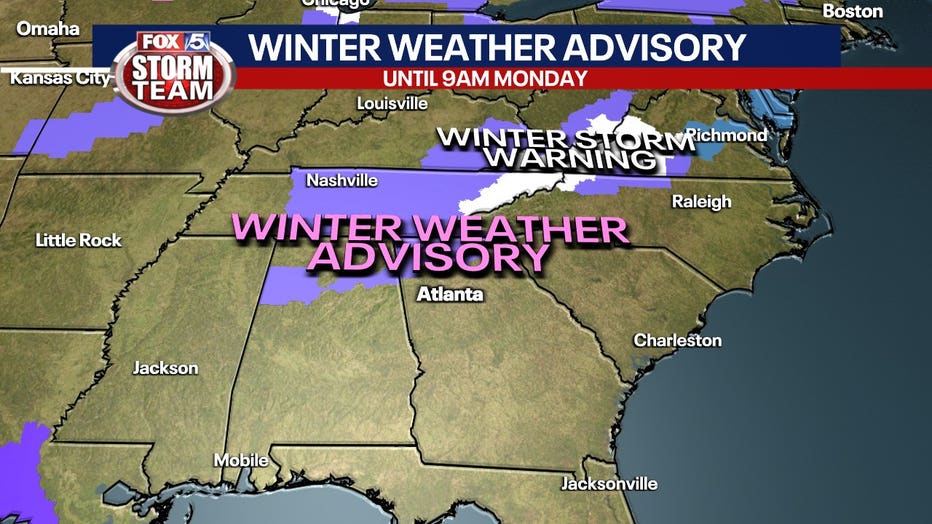 After the showers and thunderstorms end in your area the focus will quickly switch to an approaching arctic blast. We will go from record warmth to wind chills well below freezing in just an hour. 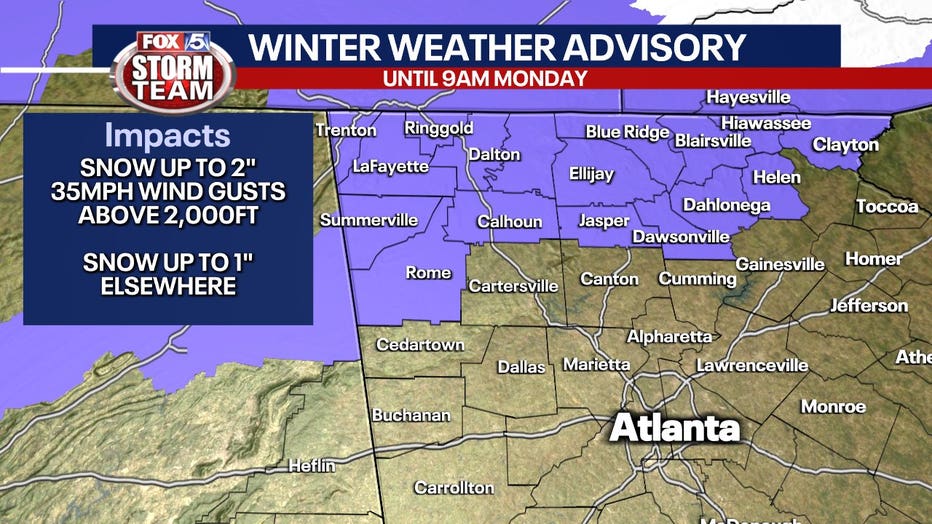 There is still a Winter Weather Advisory in effect in Rabun County until noon on Monday.

Confidence is growing that Georgia will see snow showers capable of producing up to 2 inches with wind gusts over 30 mph above 2,000 feet. Below 2,000 feet, some neighborhoods could get up to 1 inch of snow, but several areas will be affected by slick roads Monday morning.

Most temperatures were above freezing by about 9:30 a.m. on Monday

A Wind Advisory is in effect for most of north Georgia until noon. Some counties in the northeast corner of the state — Habersham County, Stephens County, Franklin County, Hart County and Elbert County — will be under that advisory until 2 p.m. Officials say drivers should remain cautious with winds gusting up to 45 miles per hour through the mid-morning hour. That, combined with the combination of snow and ice, could make driving difficult.

This front will have lingering impacts as North Georgia isn't expecting record warmth for a long time. Temperatures will rise this week into the 50s.