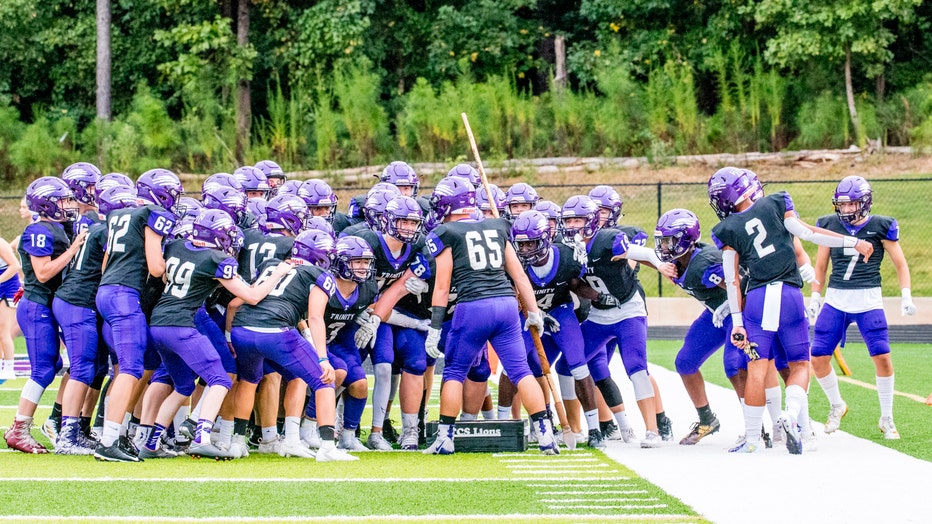 The challenge at hand for the Lions is squaring off with powerhouse programs like Wesleyan and six-time state champion Eagle's Landing Christian Academy every year. After finishing GISA's runner-up to Valwood in 2017, Trinity Christian made the move up to the Georgia High School Association. Last year, the small private school located in Sharpsburg won a playoff game against Whitefield Academy before being shut down in the second round by eventually champion ELCA. Head coach Kenny Dallas has his team playing well again in 2019. So far, Trinity's only loss is to – guess who? – Eagles Landing Christian, the school where Dallas served as defensive coordinator for three years before arriving in Sharpsburg in 2017.

"Scott Queen runs a great program over there at Eagle's Landing, and when you have a top-notch program you kind of say 'Hey, let's see how they're handling this, let's see how they're doing this' and you kind of model yourself a little bit because they're at the pinnacle of where athletics wants to be as far as the multiple state championships in football." Hanson told FOX 5 Sports. "Coach Dallas has done a great job for us. He preaches that the guys go out and play for each other and love each other. They are a special group of boys that have been playing together for a while and they have no quit in them." 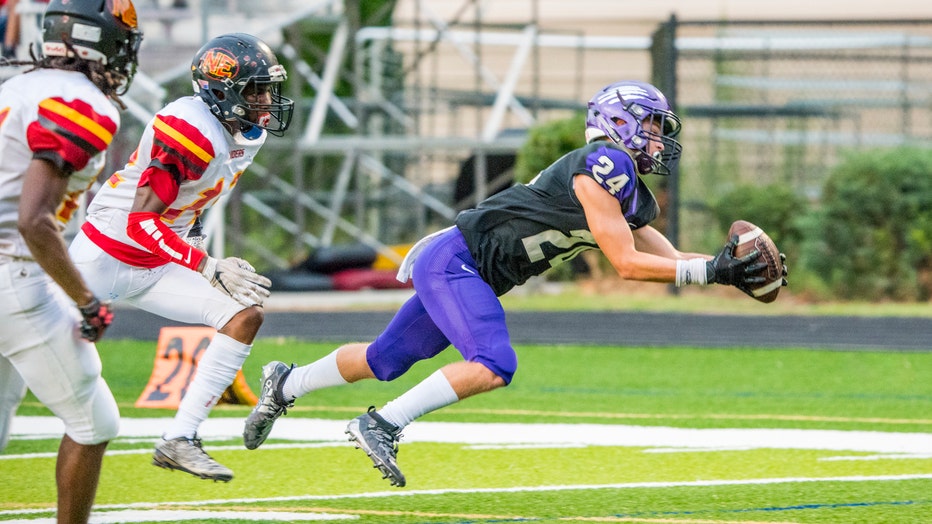 Dallas is a builder. He was the architect of Landmark Christian's football program, leading them to a state championship game in 2011. His current team of Lions has a chance to make history if they can take care of business at home against Landmark on Friday, and find a way to beat region leader, and undefeated Holy Innocents on the road after a bye week. They finish the regular season schedule with two home games, including a tough contest against Wesleyan.

Hanson says the school's leadership has the students at heart each day. Which is why he thinks the school was able to muster over 2,000 votes to win the High 5 Sports Team of the Week award for the first time – beating out four much larger schools in the process.

"We sent emails to our student body, we sent emails to everybody. It's a big family here and everybody wants our family to succeed and everybody's on the same page. We got word out and said, 'hey, we need support if we want to get this done', Hanson said. "When I first checked we had 26 votes to almost 500 and something for the leader at the time. But I think our kids seeing the excitement, they wanted people to know that we're here and we're a great school as well."

Good Day Atlanta's Paul Milliken will be in Sharpsburg Thursday morning for a pep rally at the school. Portions of the fun will be broadcast live beginning in the 8 a.m. hour of the show.