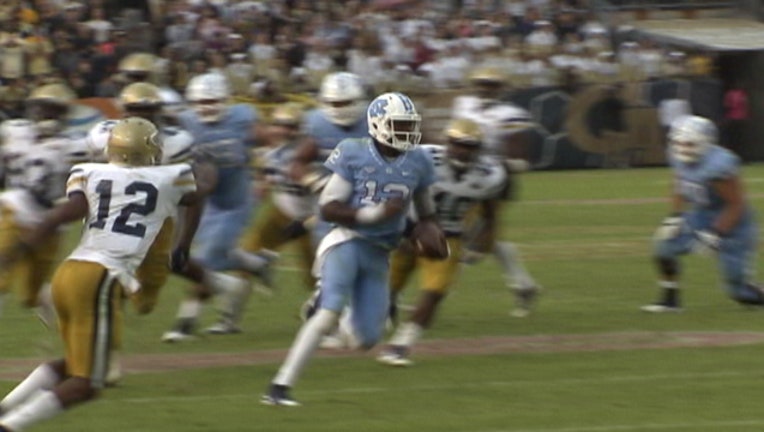 Georgia Tech led 21-0 before North Carolina (4-1, 1-0 Atlantic Coast Conference) began its comeback with two touchdowns in the final 90 seconds of the first half. That started a run in which the Tar Heels outscored the Yellow Jackets 38-10.

Williams' go-ahead touchdown catch came less than 4 minutes into the fourth quarter. Williams handed off to running back T.J. Logan, who ran left and handed off to Davis. The receiver stopped and threw to Williams, who was wide open for the touchdown.

It was Williams' third career touchdown catch, and each came from Davis. Williams added a 28-yard touchdown run on a fourth-down play with about 5 minutes remaining.