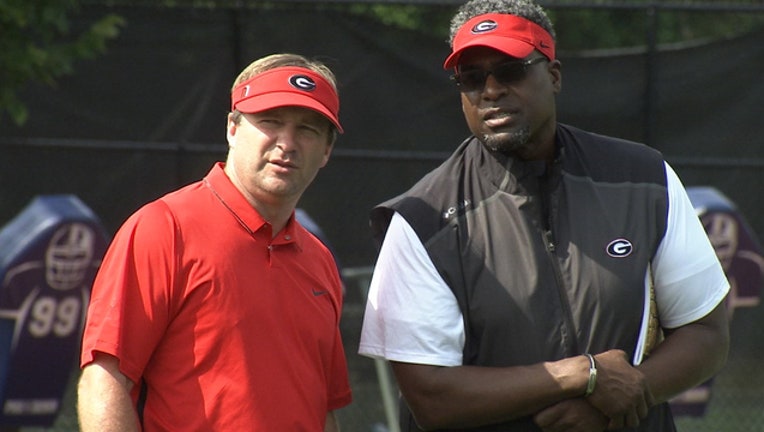 HOOVER, Ala. (AP) - The SEC East is relying heavily on three former Nick Saban assistants to restore balance to the league.

The division that once reigned with the likes of Steve Spurrier, Phillip Fulmer, Mark Richt and Urban Meyer hasn't won a Southeastern Conference title in eight years. Saban and Alabama still lead a formidable parade of Western Division teams but there's an abundance of new blood in that sometimes overlooked East.

Not that the East is getting defensive about that one-sided recent history. Florida, after all, had already turned a year earlier to former 'Bama offensive coordinator Jim McElwain.

"I think balance and parity is a key for any conference," said Smart, a former Georgia player in his first head coaching turn. "I think if you ask the commissioner, he would like to have that balance. That's why they divided the conference the way they did.

"It certainly hasn't been that way. It's our job on the East to do something about that. We've got to do a great job on our side to compete, recruit, get the right facilities, put the right programs in place to be successful."

Missouri won back-to-back East titles before falling to 5-7 in Gary Pinkel's final season. The Tigers allowed 101 points in a pair of title-game defeats.

An indication of how cyclical these things can be, the East won six of the first seven SEC championship games. And Meyer's Florida teams contributed a couple of championships during the SEC's current run of eight national titles in 10 years.

Tim Tebow and the Gators topped Alabama in the 2008 league title game, but the East hasn't won since. Six of the last seven games haven't even been decided by double-digit margins, including scores like 42-13 (Alabama-Missouri), 42-10 (LSU-Georgia) and 56-17 (Auburn-South Carolina).

McElwain is entering his second season at Florida, where he debuted with an SEC East title and a 29-15 loss to the Tide in Atlanta. McElwain was part of Alabama's national championships in 2009 and 2011.

"It's not something you can really just go and talk about," McElwain said. "It's something that you have to live every single day in the development of getting a little bit better. And for us, having an opportunity to play in that game was huge because I think it was a class of guys in the University of Florida history that might have been the first one to miss Atlanta since ... they started playing that SEC championship game."

Georgia hammered home the urgency of catching up with the likes of Alabama and LSU by firing Richt, who won 74 percent of his games but only one SEC title — way back in 2005.

The Bulldogs turned to longtime Saban assistant Smart, who helped the Tide win four national titles over the past seven seasons. Georgia filled up Sanford Stadium for the spring game, much as Alabama did at Bryant-Denny Stadium after Saban's hiring.

"This year I think fans do expect a lot, you could see that from our spring game, 93,000 and probably more," Bulldogs tight end Jeb Blazevich said. "I am sure a lot more people could fit into those stands, so that is a unique environment.

"I think the fans are ready, we're ready, so I think they should expect a lot and that is the culture we want around here. A culture of high expectations because we surely set it for ourselves so we want our fans to expect the same."

Muschamp, who worked under Saban at LSU, takes over a South Carolina team coming off a 3-9 season that marked the first losing season since Spurrier took over in 2005. The Gamecocks had three straight 11-2 seasons from 2011-13 before falling off.

"Coach Spurrier and his staff have bought this program to relevance nationally, and that's what we plan to build on," Muschamp said.