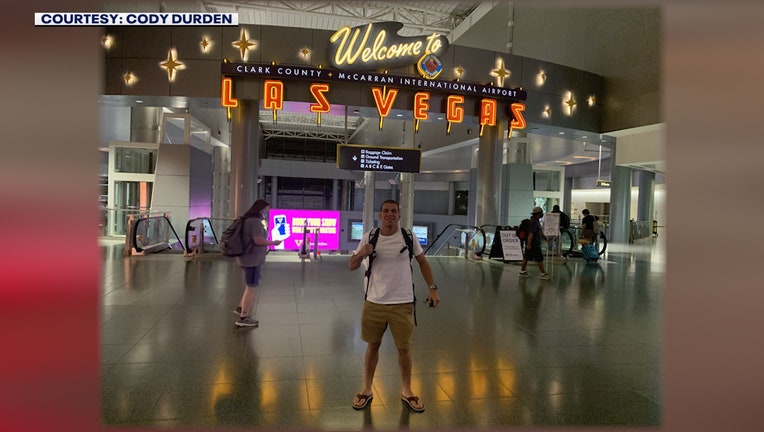 An area mixed martial arts fighter is about to compete on his sport's highest stage. He has not, however, had much time to celebrate.

Loganville resident and Covington native Cody Durden is an MMA fighter, coming off a recent win at a National Fighting Championship event in Conyers. He said he celebrated for a little while, but soon after was back to work at his construction job. Then, last Saturday, on the way to training at a gym, he heard from a well-known manager for UFC fighters, Malki Kawa. Not long after, they were on the phone.

"[He said,] 'what's going on, man?' I'm like, 'nothing much, heading to the gym," said Durden. "He said, 'well when you get there, tell them you're officially a UFC fighter with a 4 fight contract. And your next fight's Saturday.' I froze. I didn't know what to say!"

Durden, who trains with American Top Team - Team Lima, had only a week to get ready for the fight, held at the Ultimate Fighting Championship event in Las Vegas. He is taking the place of another fighter who was scheduled to appear, but was replaced. Durden said he normally has around 8 weeks to prepare for a fight. Competing in the UFC came with a lot of obligations outside of simply training.

"I had to get an MRI, MRA, physical, an EKG, opthomologist had to do my eye exam," said Durden. "I've been running around."

The UFC event is streaming on ESPN+. Durden says he is in the evening's first fight, starting at 7:00pm. He's currently riding a 7-match winning streak, and says the whole experience won't fully sink in until he's back home with his family. All he can do now is put on a good show.

"I've gotten to the stage, I'm here, and now I need to work harder because I'm here to stay," said Durden.