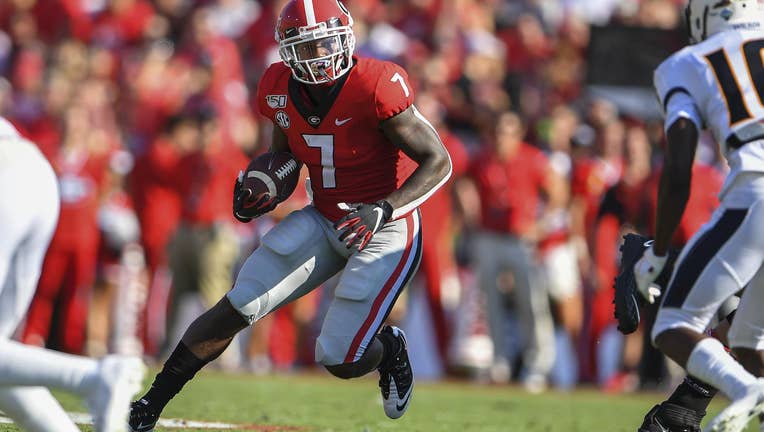 Former Georgia running back D'Andre Swift was picked by the Lions in the second round of the draft. (Photo courtesy UGA Athletics)

ATLANTA - Former Georgia running back D'Andre Swift didn't have to wait long to hear his name called in the NFL Draft Friday night. The runner was picked by the Detroit Lions 35th overall in the second round of the Draft.

As a junior in Athens, Swift was voted first team All-SEC by the league's coaches. He finished his college career with 2,885 rushing yards, seventh best in school history.

Swift was considered to be a candidate to be picked in the first round of the Draft. After not being selected in the event's first round, he posted "say nomore" on Twitter, perhaps indicating he will use that as motivation.