The FIFA World Cup is the biggest men's soccer tournament in the world. Here's a look at the eight countries that have won the World Cup since the tournament was first held in 1930.

DOHA, Qatar - International duty wrapped up this week for the soccer world, but FIFA is giving fans of international play something to cheer about this weekend.

Sunday is Nov. 21, which is the one-year mark from next year’s World Cup. To celebrate, FIFA is holding a virtual ‘Join the Beat’ watch party so fans can see the moment the countdown clock begins ticking.

"The excitement will become more real when the official countdown clock shows the world that we are getting closer to the greatest football show on earth," said Hublot Friend of the Brand and 1998 FIFA World Cup winner Marcel Desailly of France. 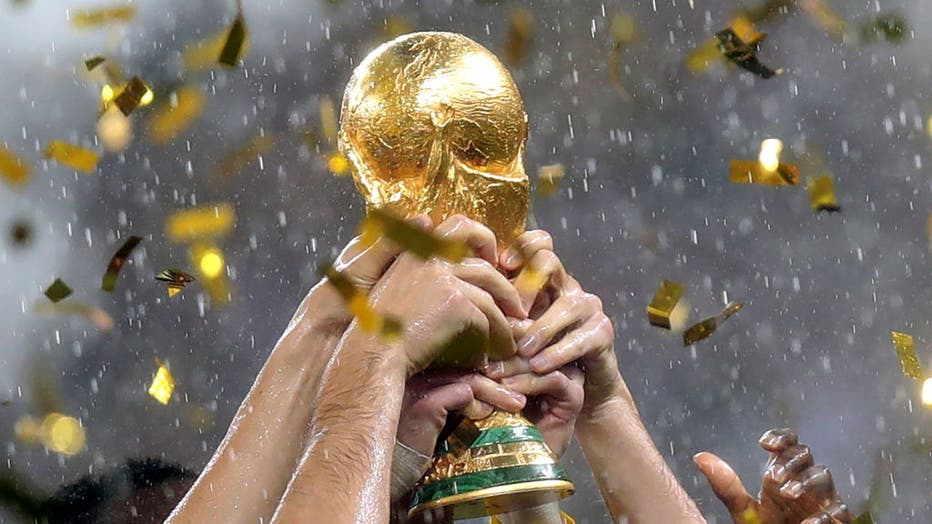 Organizers are promising quite the spectacle. The 30-minute ceremony is set to feature a drone show, special guests and other surprises. Fans are also encouraged to share videos of themselves dancing along by posting them with the hashtag #WorldCup.

"This celebration is a chance for every football fan to sample the buzz, wherever they are. It is a fantastic opportunity for fans to tune in live from across the planet and share a memorable experience at the start of a momentous one-year journey to the FIFA World Cup."

As the host nation, Qatar received an automatic spot. Four or five other Asian teams will compete for the right to join them.

Twelve countries are split into Groups A and B. The top two teams from each group will advance to the World Cup.

Each third-place team will face each other for the chance to play in an intercontinental playoff for a spot in the World Cup.

Europe gets a lofty 13 teams in the World Cup.

Fifty-five European countries are divided into 10 groups, labeled A — J. The winners of each group qualify for the tournament. Those teams include the following countries:

The final three spots will be determined by a Europen playoff. Each group’s second-place team qualifies, followed by the best two 2020/21 UEFA Nations League group winners who did not finish in the top two in World Cup qualifiers.

A drawing will be held on Nov. 26 to determine the matchups for the European playoff.

Only three CONCACAF teams qualify for the World Cup. So far, that issue hasn’t been settled.

If qualifying ended today, Canada would win the group with the United States accompanying them to Qatar. Mexico holds the third spot, but would have to survive an intercontinental playoff to solidify their spot in the World Cup.

CONMEBOL will be represented by four or five countries from next year.

The top four teams will qualify for the World Cup with the fifth going to an international playoff.

Brazil and Argentina have already secured their spots. Ecuador, Colombia and Peru are still fighting to remain in the top five.

Five African countries will represent the CAF in 2022.

Forty countries were divided into 10 groups, labeled A — J. After playing each team twice, the following 10 teams remain eligible for the coveted World Cup spots:

At most, only one country will represent a collection of Pacific islands in next year’s World Cup.

Qualifying is set to begin next year. The 11 countries will be split into 2 groups based on FIFA rankings and play single round-robin matches at a central location. The top two teams of each group advance to the second round.

The four remaining teams will play a two-legged knockout round. The winner will advance to the intercontinental playoff and have to earn their way into the World Cup.

Oceania teams include the following countries: