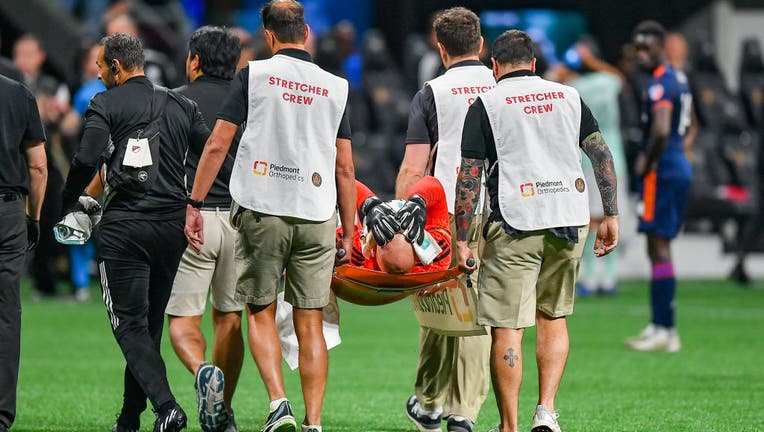 ATLANTA - Atlanta United goalkeeper Brad Guzan left the field on a stretcher after hurting an Achilles tendon and collapsing during a 0-0 draw against Cincinnati on Saturday night.

The 37-year-old fell to the field without contact just outside Atlanta’s penalty area and started pounding the artificial turf.

With a towel over his head, he was given a standing ovation as he was stretchered off the field in the 73rd minute.

"It doesn’t look good," Atlanta coach Gonzalo Pineda said. "That’s why I’m sad. It’s not about the result or the performance, it’s about Brad’s injury. I have to wait for the scans and tests that they are going to do. No, it was not a knee injury, it was an Achilles injury."

Guzan, a former Aston Villa, Hull and Middlesbrough keeper, is in his sixth season with Atlanta. He has made 64 appearances for the United States, was a backup to Tim Howard at the 2010 and 2014 World Cups and was the American starter at the 2015 CONCACAF Gold Cup and the 2016 Copa América Centenario.

Guzan was replaced by Bobby Shuttleworth.

Cincinnati goalkeeper Alec Kann, who played for Atlanta from 2017-21, saved Marcelino Moreno’s penalty kick in the 63rd minute after Dom Badji was called for a handball.