Bryant and Carter combined to shoot 16 of 24 with five 3-pointers for the Gamecocks (14-10, 5-7 Southeastern Conference). James Reese V added 10 points and six assists.

South Carolina swept the series series and has won 12 straight against the Bulldogs.

In their first meeting this season on Jan. 22, the Gamecocks won 83-66 after rallying from a double-digit, first-half deficit. This time, they erased an eight-point, first-half hole with a 20-0 run on 7-of-10 shooting while Georgia went 0 of 6 with four turnovers.

Georgia closed the gap to 42-38 by halftime and had a lead that lasted nine seconds early in the second half before the Gamecocks went in front for good on a Bryant bucket. 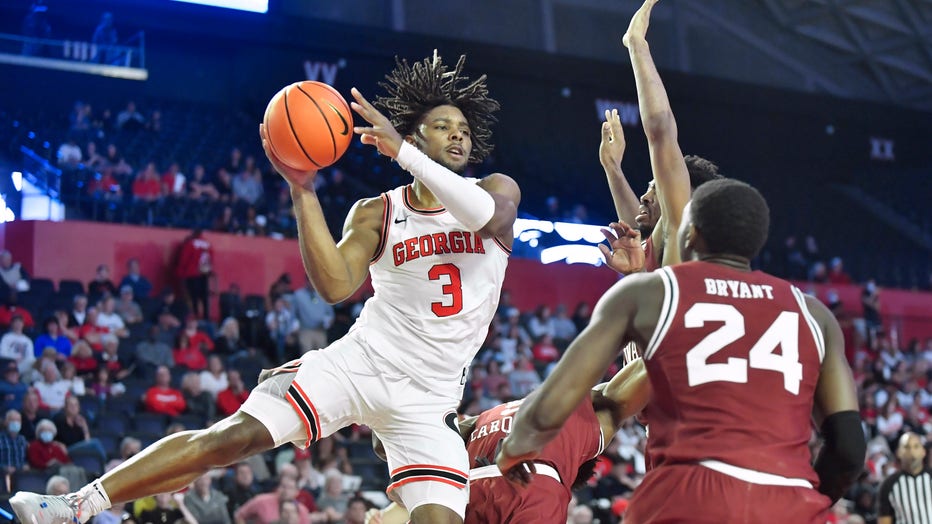 ATHENS, GA - FEBRUARY 12: Georgia Bulldogs guard Kario Oquendo attempts to make a pass while under the basket during the first half of a college basketball game between the South Carolina Gamecocks and Georgia Bulldogs at Stegeman Coliseum on Saturda

A Carter 3-pointer made it 76-66 with just under four minutes left and the lead stayed in double figures.

South Carolina, which leads the SEC with 13.6 offensive rebounds per game, was plus-5 in that category and outscored Georgia 18-6 on second-chance points. The Gamecocks won the overall rebounding battle 41-27. They shot 52%, 10% better than the Bulldogs.

South Carolina is at Ole Miss on Tuesday. Georgia is at LSU on Wednesday.