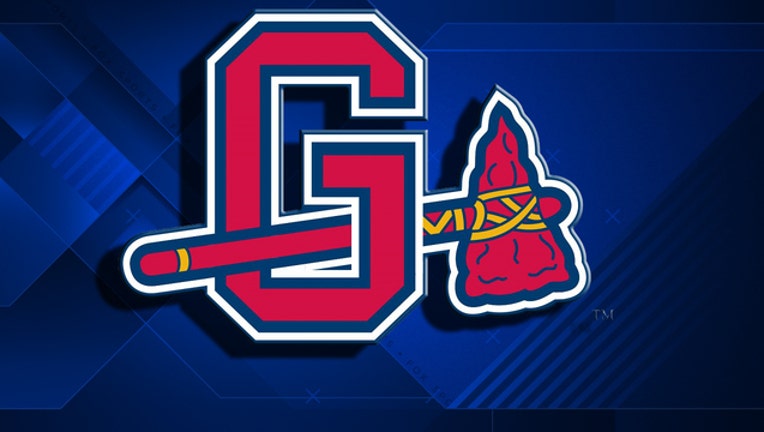 GWINNETT COUNTY, Ga. - The Gwinnett Braves have released the final names in consideration for the team's name change contest.

The Gwinnett Braves are the Triple-A affiliate of the Atlanta Braves, and the community has been buzzing about what the new name could be.

Fans suggested names on the team’s website from May 22 to June 2, and a committee pared those names in recent weeks with a focus on local connections.

The final six names are:

The Gobblers celebrates the outdoors, hunting and eating all the foods we love.

Named after the state fish of Georgia, the largemouth bass, it is a tribute to bass fishing on Lake Lanier.

The club’s tidbit on this name — “Our stealthy hunting dog is sneaking through the weeds, about to rustle up some ducks. But don’t think we’re all that serious. You can expect a “corny” fan experience at the “Puppies” game!”

A chop off the old block, the Lambchops marries the region’s love of home cooking with the Tomahawk Chop of the Atlanta Braves.

The Sweet Teas celebrate the laid-back lifestyle of Gwinnett County while displaying a real sweet look.

The team says a total of 4,024 submissions were entered online, with more than 900 different name ideas. Now through July 24, fans will be able to vote for their favorite name at GwinnettBraves.com. The winning name, along with new colors, logos and uniforms, will be unveiled at a press conference this fall.