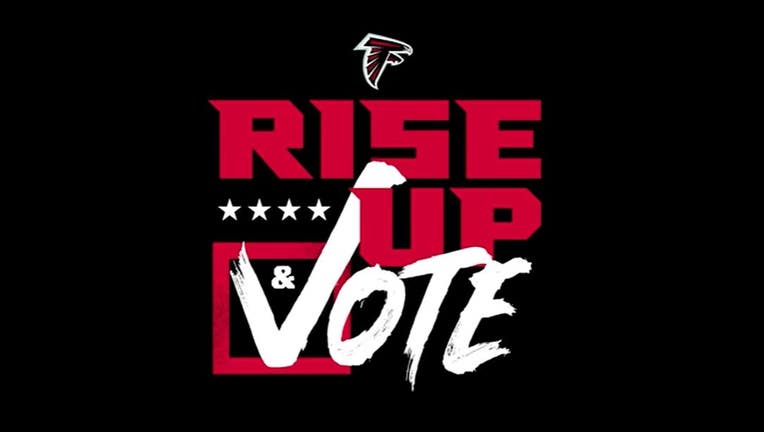 The announcement of "Rise Up & Vote," comes on the 55th anniversary of the signing of the Voting Rights Act, and will focus on voter registration, education and participation.

"In the spirit of one of our core values, Lead By Example, we are very proud that so many of our players are equally passionate about voting and democracy." said Falcons president Rich McKay, in a statement released by the team on Thursday.

The Falcons will partner with Rock The Vote, a nonpartisan nonprofit organization focusing on voter awareness.

"The position of sitting on the sidelines, to me, is no longer acceptable, said Falcons quarterback Matt Ryan, in a video released by the team.

"Our challenge to everybody in our community is to pull their own weight. I encourage everyone to get out there, rise up, and vote."