ATLANTA - Frank de Boer never seems to get flustered. The stoic Dutchman can switch from one language to another with ease. He speaks bluntly and rarely betrays any sense of doubt in his coaching abilities.  Yet, this has been a year when he's had to show some flexibility. Maybe he didn't have all the answers. Perhaps he needed to listen to his players a bit more.

"As a coach, you want to put your stamp a little bit on the team," de Boer said after a training session at Atlanta United's glitzy suburban complex. "But in the beginning, maybe we did it too much. We put too much stamp on it." 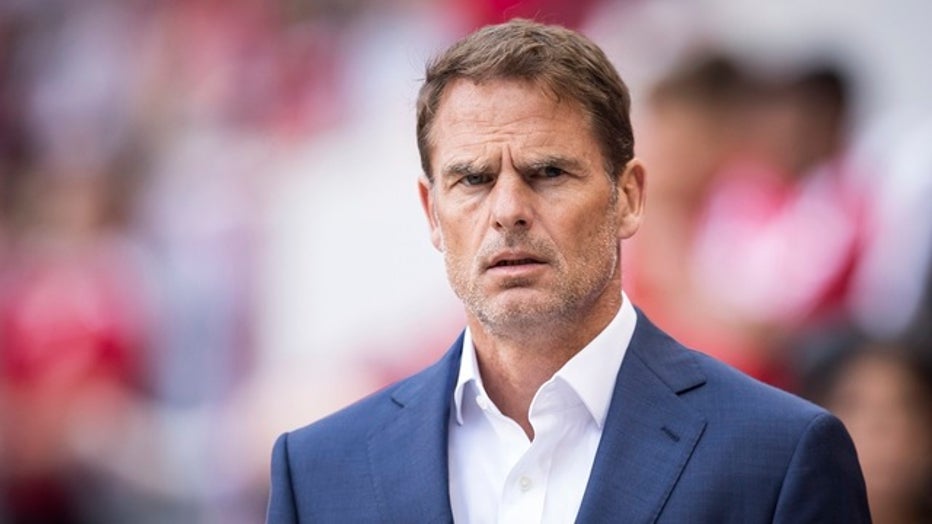 He is clearly enjoying this most rewarding of comebacks. After failing so miserably in Serie A and the Premier League, then enduring a sluggish start and some missteps away from the field in Atlanta, de Boer has guided United to the cusp of its second straight championship in Major League Soccer. His club will host Toronto FC in the Eastern Conference final on Wednesday night before another raucous crowd at Mercedes-Benz Stadium, with the winner advancing to face either Los Angeles FC or the Seattle Sounders for the MLS Cup title.

"We obviously came off a very successful year playing a certain way. We were like, `Why would we change it just because a new coach is coming in?"' midfielder Julian Gressel said. "It was maybe two extremes going at each other."

De Boer didn't exactly endear himself to Atlanta's fans, who have shattered virtually every attendance record in MLS, by calling them "spoiled" -- a remark he quickly apologized for while explaining that it carried a different connotation in his native language. He would stir of more controversy by saying the demand for equal pay in women's international soccer was "ridiculous," leading to another hasty apology. But the criticism faded as Atlanta finally began to resemble a defending champion.

"We've talked a lot and found a way to be successful," Gressel said. "Frank obviously has adjusted. He's talked a lot with a lot of guys. Communication has been, obviously, the key factor during that tough stretch at the beginning of the year. We've come out on the better end of it."

United won its first two playoff games with shutout victories over New England and Philadelphia despite the absence of star defender Miles Robinson, who is out with a hamstring injury. Atlanta gained another home game in the conference final when top-seeded New York City FC was upset by Toronto.

United added a pair of trophies to its collection by winning the U.S. Open Cup -- and a spot in next year's CONCACAF Champions League -- as well as the Campeones Cup with a thrilling victory over Mexican powerhouse America. Each victory takes de Boer a little farther from his embarrassing stint at Inter Milan, where he was sacked after less than three months. And that dismally short tenure at Crystal Palace, where he lasted just four Premier League games before getting a pink slip.

"After six months, you can normally see a little bit the hand of the manager, what he wants," de Boer said. "I think if you've won two titles and are still involved for the most precious of titles, you can be satisfied."