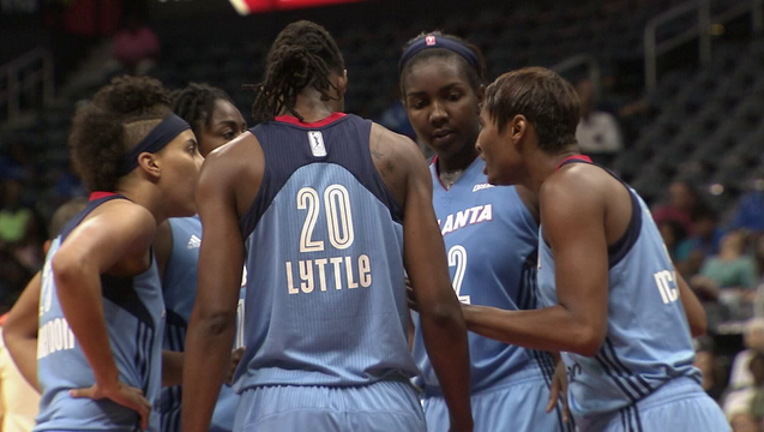 ATLANTA (AP) - The Los Angeles Sparks fell short of the fastest start in WNBA history Sunday when they lost to the Atlanta Dream 91-74.

Los Angeles (20-2) had tied the 1998 Houston Comets, who finished the regular season 27-3, for the fastest start. The loss also snapped the Sparks' WNBA record nine-game road winning streak to open a season.

McCoughtry scored five straight points during a 12-4 run to close the third quarter, giving the Dream their biggest lead to that point, 69-57, going into the fourth.

After Candace Parker hit a 3 and Chelsea Gray made a layup to pull Los Angeles within nine, Clarendon converted a three-point play to make it 78-66 with 5:56 left and Atlanta led by double figures the rest of the way.

Nneka Ogwumike had 26 points on 8-of-11 shooting, and 12 rebounds for Los Angeles. Parker added 22 points, nine rebounds and five assists for the Sparks.

The Dream, ranked fourth in the AP WNBA power poll, were without Sancho Lyttle, who left Friday's 78-72 loss to Indiana with a broken bone in her right foot. Lyttle, who ranks first in the WNBA in steals per game (2.2) and tied for fourth in rebounds per game (8.5), is expected to miss the remainder of the regular season.

The top-ranked Sparks, who came in allowing 75.1 points per game, gave up their second-highest point total this season — the most in a regulation game. Los Angeles shot 37.5 percent from the field and 28.6 percent (4 of 14) from 3-point range.