ATLANTA - The Hawks' season is over, but Clint Capela said he could have made his debut for his new team had Atlanta snuck into the resumed NBA season in Orlando this July.

The center was nursing a heel injury when he came to Atlanta in a trade from Houston in February and never made it onto the court before the season was paused in March.

He said since then, he's healed and has been doing individual workouts. Because of the current environment, he has not been able to play five-on-five basketball, so he hesitated to say he was sure he is back to 100 percent.

"Way, way, way better," Capela said of his heel. "I've been taking care of it all this time. Now, I really feel that my heel has really healed. So it doesn't bother me when I walk around with it or when I work out, so far. I just can’t wait to go out there and play."

Now he'll have to wait even longer, as the NBA may push the start of next season further into December.

That’s what the Hawks are hoping for, too, especially defensively and on the boards — areas the young Hawks struggled with this season.

"I feel like for us, finding a defensive identity like I said would be crucial. Clint helps," forward John Collins said. "Cam and Dre are going to take a big step from their rookie year to their sophomore years, as well as myself being able to take the next step with that switch ability and getting stronger as well as with Clint and Trae." 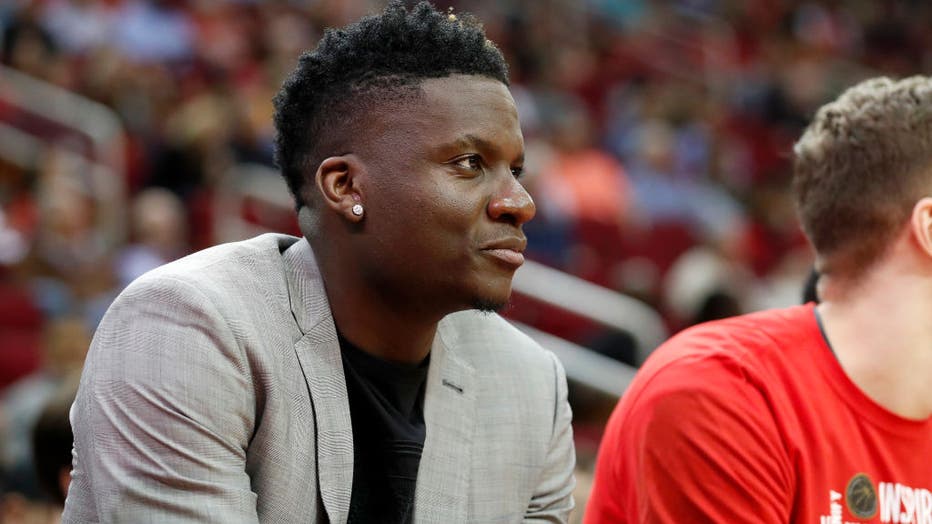 HOUSTON, TEXAS - FEBRUARY 04: Clint Capela #15 of the Houston Rockets watches from the bench during the game against the Charlotte Hornets at Toyota Center on February 04, 2020 in Houston, Texas. NOTE TO USER: User expressly acknowledges and agrees t

And even though Capela comes in as being the young guy in Houston, he now becomes the veteran in Atlanta, that the Hawks' young core will develop around. And the biggest thing he says he learned about his new team from the bench wasn’t that they lacked talent — it was that they didn’t have a winning mentality from lack of experience. He hopes to help change that going forward.

That development as a total unit remains to be seen, with the NBA still looking at what team activities will be allowed this offseason. The eight teams whose seasons are over (Atlanta, Charlotte, Chicago, Cleveland, Detroit, Golden State, Minnesota and New York) are pushing for scrimmages this summer or loosened practice facility restrictions to prevent a potential nine-month layoff from games dating back to this season's stoppage in mid-March.

Capela still has no game experience here, and the Hawks hope they can get that ball rolling with scrimmages or some kind of competition so that he can work out kinks with his new teammates, and be more comfortable than just any newly acquired free agent would be whenever next season does come.