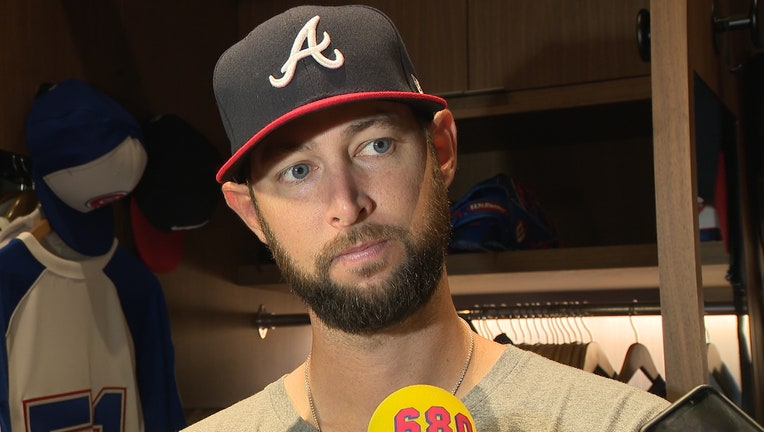 RHP Chris Martin was traded to the Atlanta Braves from the Texas Ranges for for LHP Kolby Allard before the July 31, 2019 trade deadline.

ATLANTA - Chris Martin will be wearing a Braves jersey again next season. The Atlanta Braves announced the righty was picked up on a two-year contract worth $14 million.

He will receive $7 million for each of the two years, according to his contract with the Braves.

The news of Martin’s signing comes hours after the Braves introduced Will Smith to the team.

The Braves said they now have 39 players on the team’s 40 player roster.