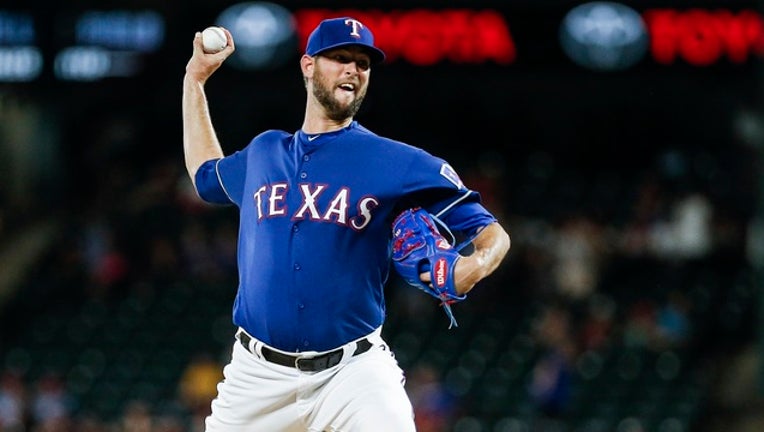 Relief pitcher Chris Martin #31 of the Texas Rangers throws during the ninth inning of a baseball game against the Houston Astros at Globe Life Park July 11, 2019, in Arlington, Texas. Texas won 5-0. (Photo by Brandon Wade/Getty Images)

Texas announced the deal during its game Tuesday night, just moments after Martin was seen high-fiving teammates in the bullpen before leaving down the tunnel.

Martin was 0-2 with four saves and a 3.08 ERA in 38 appearances. The 33-year-old right-hander has allowed only three earned runs over his last 19 games since May 24. The 6-foot-8 Martin has 24 strikeouts and only one walk in 18 2/3 innings over that span for his hometown Rangers.

Allard, a 21-year-old lefty, was the 14th overall pick by the Braves in the 2015 amateur draft. He was 7-5 with a 4.17 ERA in 20 starts this season for Triple-A Gwinnett. The Rangers assigned him to Triple-A Nashville.