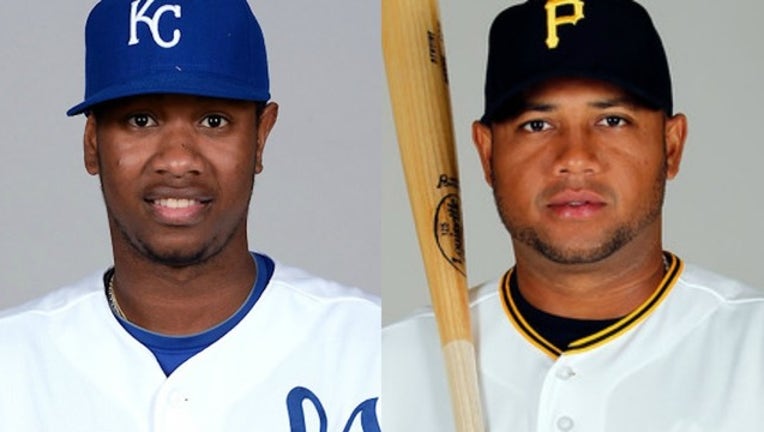 Highway patrol spokesman Jacobo Mateo says Ventura died on a highway leading to the town of Juan Adrian, about 40 miles (70 kilometers) northwest of Santo Domingo. He says it's not clear if Ventura was driving.

Metropolitan traffic authorities say Marte died when a car he was driving his a house along the highway between San Francisco de Macoris and Pimentel, about 95 miles (150 kilometers) north of the capital.

With the fitting nickname of "Ace," Ventura burst onto the baseball scene with a 100 mph fastball and an explosive attitude to match. He was a fierce competitor who was always willing to challenge hitters inside, then deal with the ramifications when they decided to charge the mound.

Ventura went 14-10 with a 3.20 ERA in 2014, his first full season in the big leagues, and helped the long-downtrodden Royals reach the World Series for the first time since 1985. He proceeded to dominate San Francisco in both of his starts, though the Royals would ultimately lose in seven games.

He followed by helping Kansas City win the championship the next year.