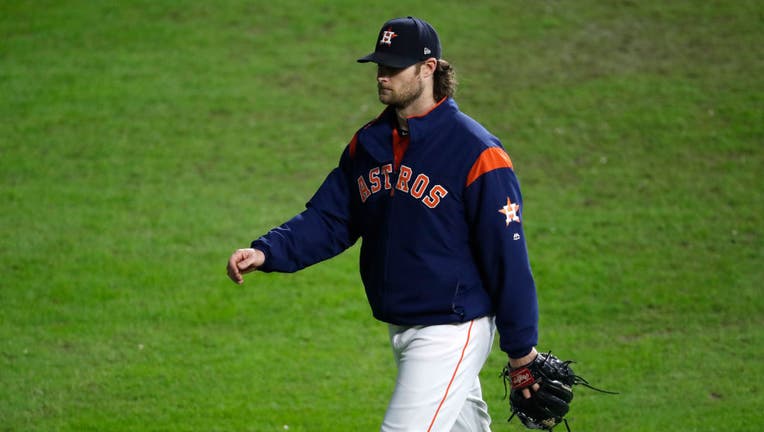 HOUSTON, TEXAS - OCTOBER 30: Gerrit Cole #45 of the Houston Astros walks to the bullpen during the fifth inning against the Washington Nationals in Game Seven of the 2019 World Series at Minute Maid Park on October 30, 2019 in Houston, Texas. (Photo

HOUSTON - The Houston Astros have tendered a qualifying offer to pitcher Gerrit Cole.

The announcement was made by Astros President of Baseball Operations and General Manager Jeff Luhnow.

The club selected LHP Kent Emanuel to the 40-man roster and reinstated RHP Lance McCullers Jr., after he missed the entire 20191 season while recovering from Tommy John surgery.

In addition, Chris Devenski, 28, will return to the Astros for his fifth full season in 2020, however, the Astros declined their 2020 option on Devenski. He'll remain with the club as an arbitration-eligible player.