Lee Smith announced his retirement Tuesday and shared some personal struggles publicly for the first time that have motivated him through his 11-year NFL career and now in his retirement plans, in this FOX 5 exclusive interview.

KNOXVILLE, Tenn. - Driving up I-75 North from Atlanta, with his 8-year-old daughter asleep beside him in a U-Haul moving truck, it finally hit Lee Smith.

His football career was officially over.

But more than that, the self-proclaimed "throwback dinosaur" from Powell, Tenn., said he felt an overwhelming sense of gratitude to be hanging up his cleats on his terms after more than a decade in the NFL.

"I just got super emotional. It wasn’t about football being over," he told FOX 5 Sports. "That’s a big-time decision, and I know it’s time, and I have no regrets. But it’s just like, ‘Holy smokes.’ That 17-year-old kid that was going nowhere fast, and now, poof. 11 years in the NFL later, God just allowed me to figure it out and not ruin my life."

And some of those ways young Lee Smith could’ve turned out much differently stem from a difficult home life and his father’s alcoholism — struggles Smith is sharing publicly now for the first time. 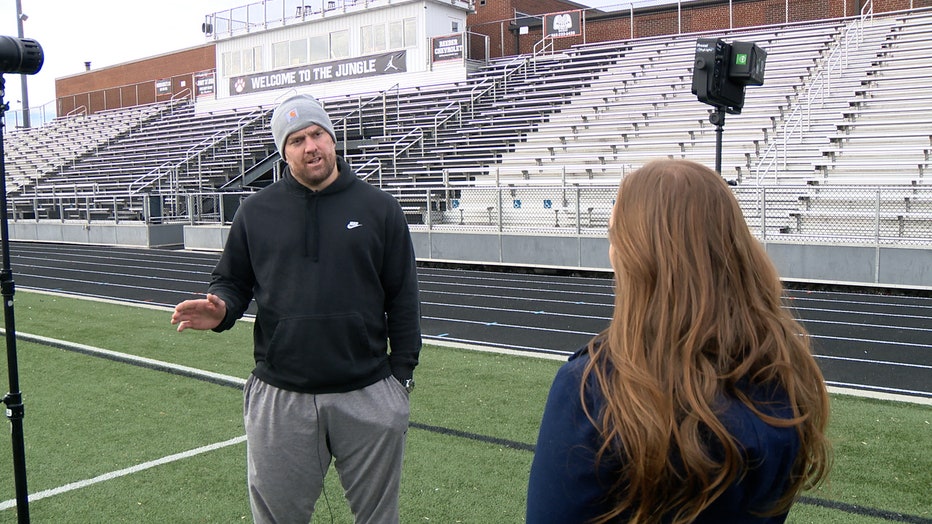 For the first chapter of Lee Smith’s life, he says, his family was picture-perfect.

His dad, Daryle Smith, who played offensive tackle for a handful of NFL teams for six years, was a loving father. Lee described him as the family’s protector. His parents hosted couples’ bible studies at home. The Powell community idolized their native son who played in the NFL, and so did Lee.

Things took a turn for the worse when the little money he had made playing football evaporated.

"We were the family that the whole community envied. Then, it just all came crashing down," Smith said. "Alcohol grabbed him. He became extremely abusive and violent. I didn’t look like this back then; I was a young kid, and he was bigger than me, so it was just one of those deals that derailed our family." 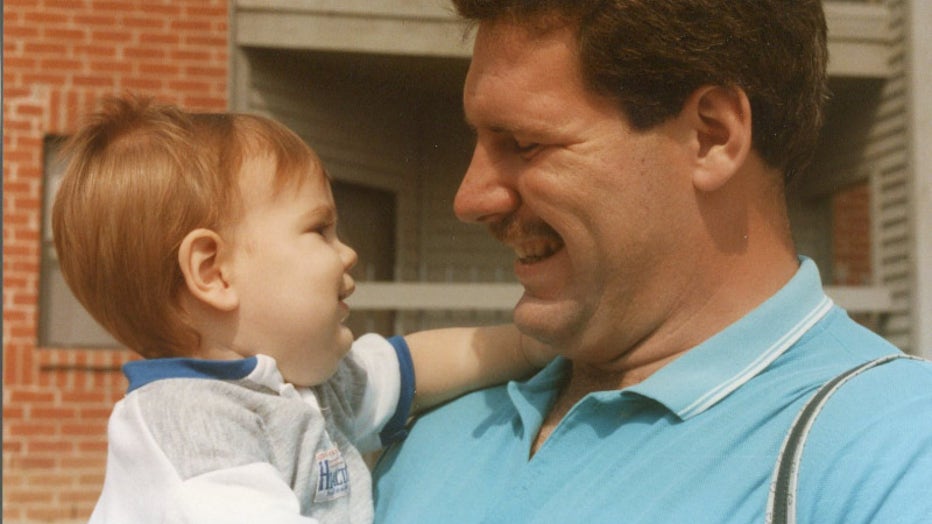 As Smith lost respect for his father, he says, he started engaging in bad behavior himself, knowing there would be no consequences if his dad would be "passed out drunk" when he got home.

"I just made so many mistakes. I did do so many things that quite frankly I regret," Smith said.

Powell is just outside of Knoxville, and Smith committed to the Tennessee Volunteers as a junior in high school – the same school his dad played for.

But before he could even play a snap at UT, the hometown kid’s dream came crashing down after a DUI.

Smith was dismissed by head coach Phillip Fulmer, and he ended up enrolling at Marshall University, where he said he experienced some much-needed "wake-up calls."

The biggest was his now-wife, Alicia, becoming pregnant with their first son, Brody. 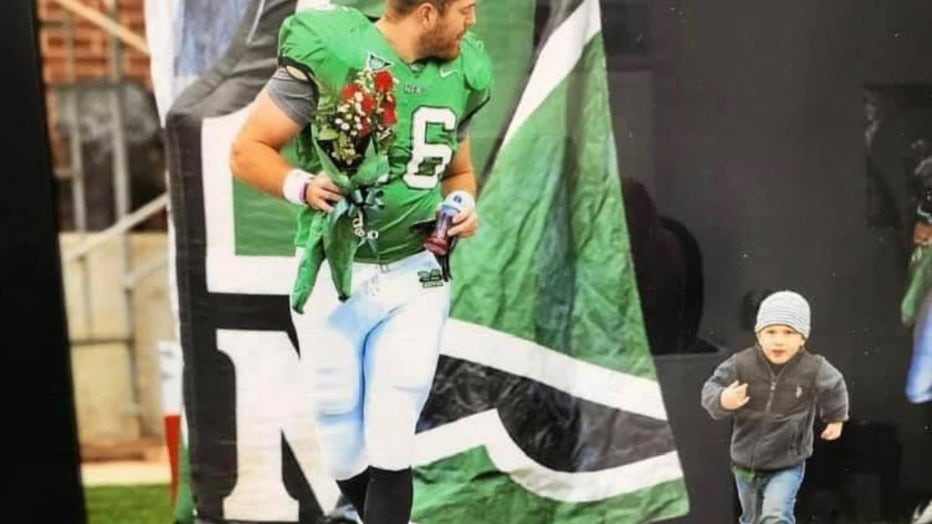 "Brody and Alicia saved my life for sure," Smith recalled. "Once I had two people kind of staring at me like, ‘All right big boy, time to be a man and take care of our family,’ it was a pretty simple decision to do my best to break the cycle that kind of ruined my family."

Smith said he learned a lot about what not to do as a family leader from his father – and he also learned how to be successful in the NFL in the ways that his father was not.

He said his dad was more of a fringe roster player, who fought every day just to keep his job. Smith said he's been lucky enough to enjoy his long career.

So said the key for that ride has been keeping his foot on the gas – but also helping everyone he could along the way.

"I was going to give every young player all my knowledge, try to be the best teammate I could be," Smith said. "I tell these young tight ends, ‘Hey I’m gonna teach you everything, boss, but you ain’t gonna take my job.’ I got a wife and four kids at home. This is my job. I was not going to come up for air until 10 years." 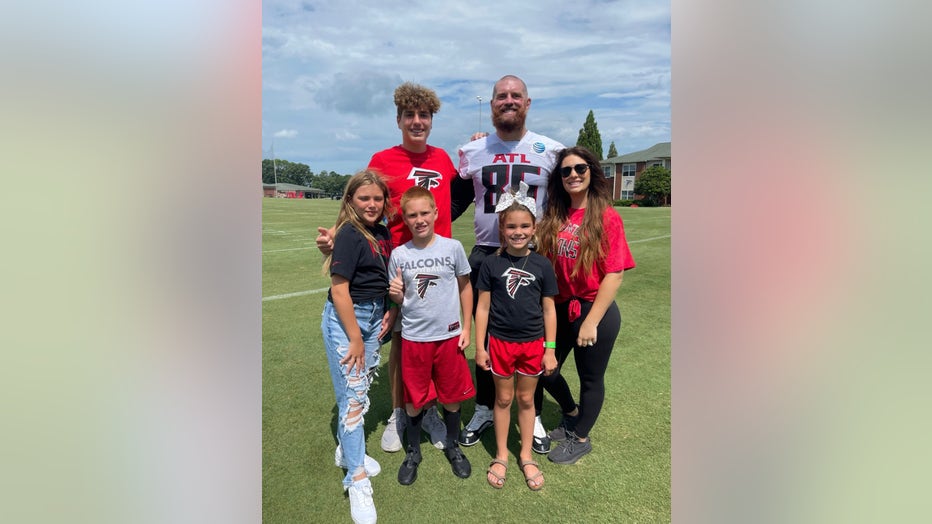 So when he hit that decade mark last year in Buffalo, he was just about ready to retire, when he wondered if he could take one last ride closer to home with someone he had admired from afar for a while: Arthur Smith.

Two Smiths had been trying to come together for quite some time.

After 11 years, tight end Lee Smith is hanging up the cleats. Smith says this final season with the Falcons was his most rewarding and allowed him a bit of a chance to mentor the young team, something he says is important to him given some of the early struggles he has been through.

Before every game, Lee Smith would have a cup of coffee, walking around and taking in a quiet stadium. He would chat with opposing coaches before those games, including Arthur Smith, who was with the Titans from 2011 until taking the head coaching job in Atlanta in 2021.

"Every time I was a free agent, Tennessee was always in the mix," Lee Smith said. "It always ended up, we almost got together, but didn’t quite get together. He was the tight ends coach all of those years and obviously became the coordinator… But yes, we tried to get together for a long time."

"Hey man, I’m either getting closer to home or I’m retiring, and you’re closer to home. Let’s try to finally make this thing happen and see if I can’t come down there and help you get this thing going," he recalled telling Arthur Smith. 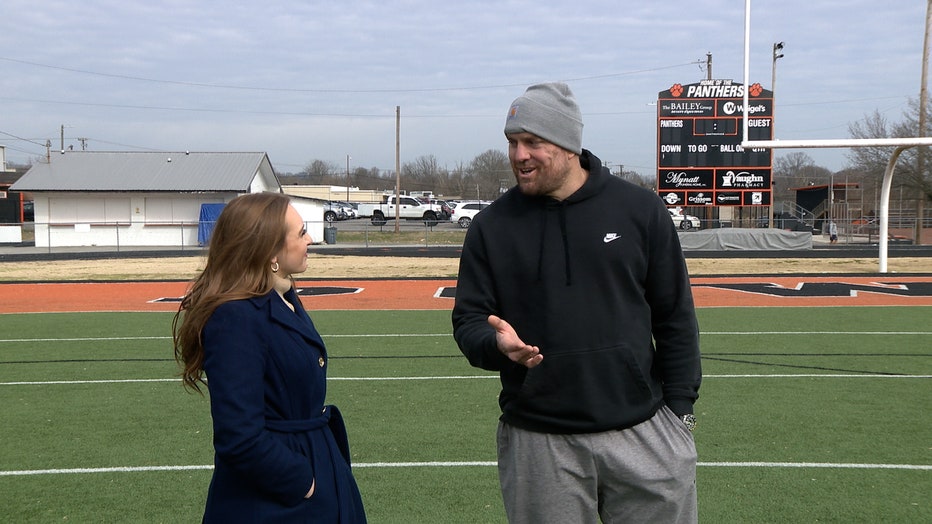 "So hopefully he thinks I helped him out," Lee Smith said. "He sure helped me and gave me an awesome final chapter of my career."

A young team with a first-year head coach certainly leaned on the veteran's leadership – and first-round pick Kyle Pitts has attributed much of his Pro Bowl rookie year success to mentorship from Smith.

"Drafting Kyle was cool. He’s an avatar that will put on a gold jacket one day," Smith said. "Arthur gets mad when I say that because he doesn’t want the kid’s head to get too big, but he’s the real deal. It was fun helping him out this year, and Hayden (Hurst) too." 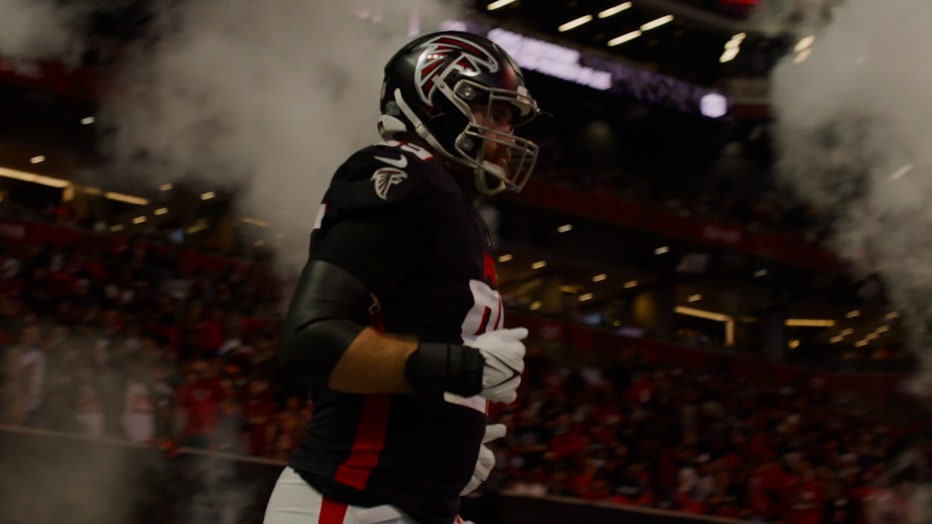 And now, as Smith starts a new chapter in retirement, he said his passion for leading young men remains the same.

Later this year, he is opening Triple F Knoxville, an elite training center for young athletes, where he hopes to mentor young men facing turbulent home environments like the one he grew up in.

"There’s no telling how many derailing moments I could’ve avoided if I had somebody like the 34-year-old Lee Smith in my life at 17. I just made so many mistakes. I did do so many things that quite frankly I regret," Smith said. "I sure would like if I could talk to that 17-year-old kid. I could’ve helped him out a lot." 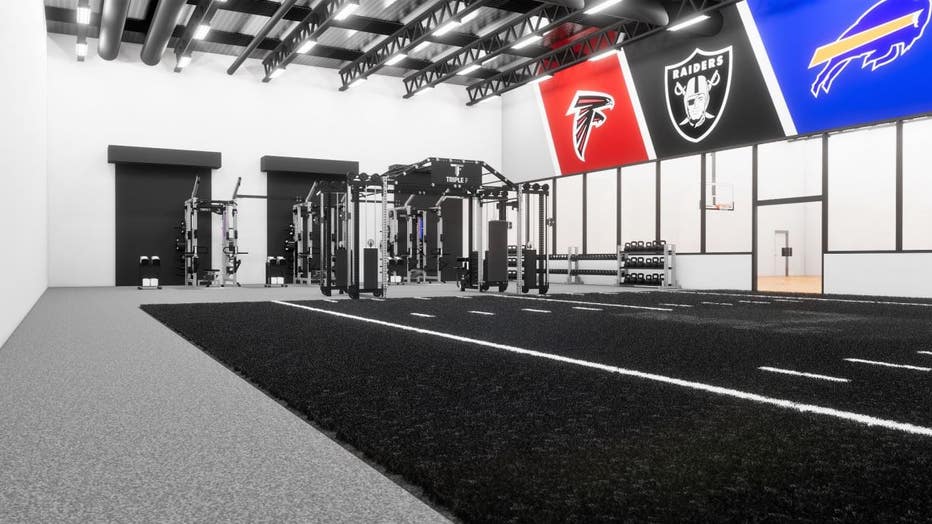 Smith’s goal is to be the male role model he didn’t have at that age.

"To grab some of these kids locally that might have single moms or might be in a situation where their home life was like mine was, and they feel like there’s just nowhere to go or they feel trapped. It’s almost like you’re suffocating a little bit when you’re in that environment," Smith said. "I’m going to grab those kiddos, one way or another – I’ll call Matt Ryan and get a little donation from him – but it’ll be cool to find those kids around town that I see my 17-year-old self in and just help them avoid all those potholes that derailed me and caused me a lot of pain."