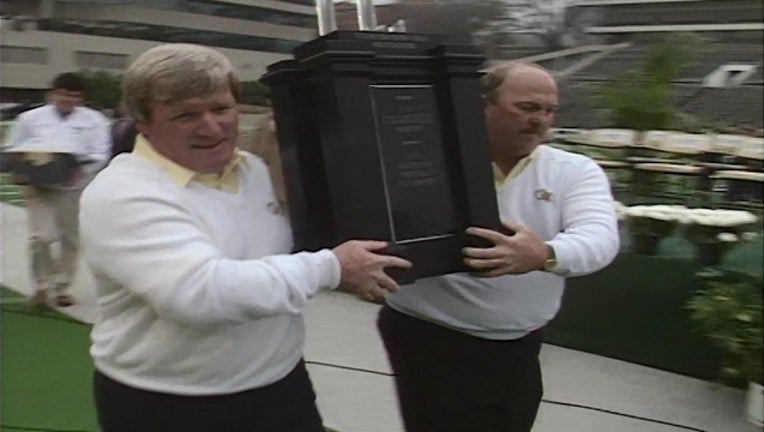 George O'Leary was Head Coach at Georgia Tech from 1995-2001. He was also an assistant coach on Tech's 1990 National Championship team.

ORLANDO, Fla. (AP) - A person close to the situation says George O'Leary is retiring as UCF's football coach, effective immediately. The person spoke on the condition of anonymity because the school has not yet announced the move.

It comes a day after the Knights dropped to 0-8 with a 59-10 loss to Houston, the worst home defeat in school history. Quarterbacks coach Danny Barrett has been named interim coach, the source says.

It ends a tumultuous season marked by a rash of injuries and dismal on-field play that was punctuated by UCF being ranked last in Football Bowl Subdivision in total offense.

O'Leary agreed to a four-year contract extension in 2014 on the heels of a program-best 12-win season and Fiesta Bowl victory.