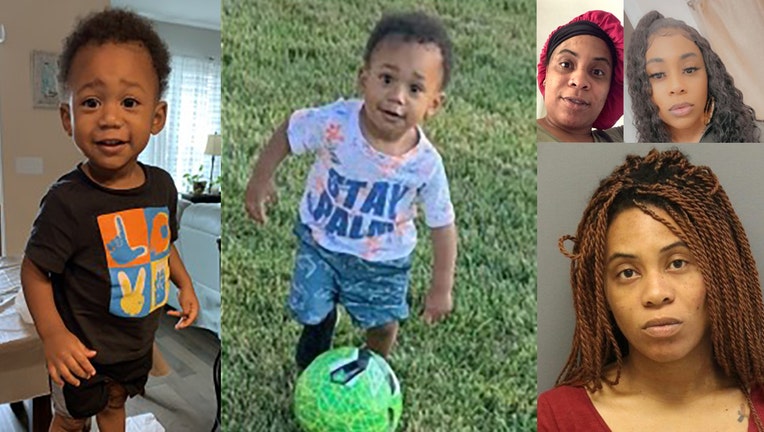 SOUTH FULTON, Ga. - A woman wanted for a killing in North Carolina was found in Georgia with her 2-year-old son on Sunday, police said.

Camille Singleton, 31, was taken into custody at a Walmart, according to a news release from the South Fulton Police Department. She is a suspect in the killing of Inita Gaither in Clayton, North Carolina.

Officers responded to a call about a suspicious person at the store around 11:30 a.m. Sunday and confirmed it was Singleton. Her son Dior Singleton — the subject of an AMBER Alert issued Friday — was found to be unharmed. He was placed in the care of family members.

Gaither, 68, was found dead inside her home on Thursday by officers conducting a welfare check. She and Singleton were related, according to police

The toddler’s father is currently deployed on a US Navy ship out to sea.

Police said Sunday afternoon that Singleton would be taken to the Fulton County Jail in Atlanta before being extradited to North Carolina. It wasn’t immediately clear whether she had hired an attorney.