ATLANTA - Atlanta Police are looking for suspects involved in an attempted carjacking in Midtown.

A woman, valet workers targeted in an attempted carjacking

Officers said, on Saturday just before midnight, a woman was trying to valet park her vehicle at a business located at 1080 Peachtree Street when the incident occurred. As she exited her vehicle and handed her keys to a valet employee, a man got into her car and tried to steal it. But he wasn't able to take off in the vehicle because the keys were not inside, according to Atlanta Police. One of the other valet employees ran and got the suspect out of the car. Meantime, another valet employee saw a getaway car nearby and approached it, and the man inside that car pointed a gun at him. The first suspect then got into the getaway car and the two left the scene, according to officers. 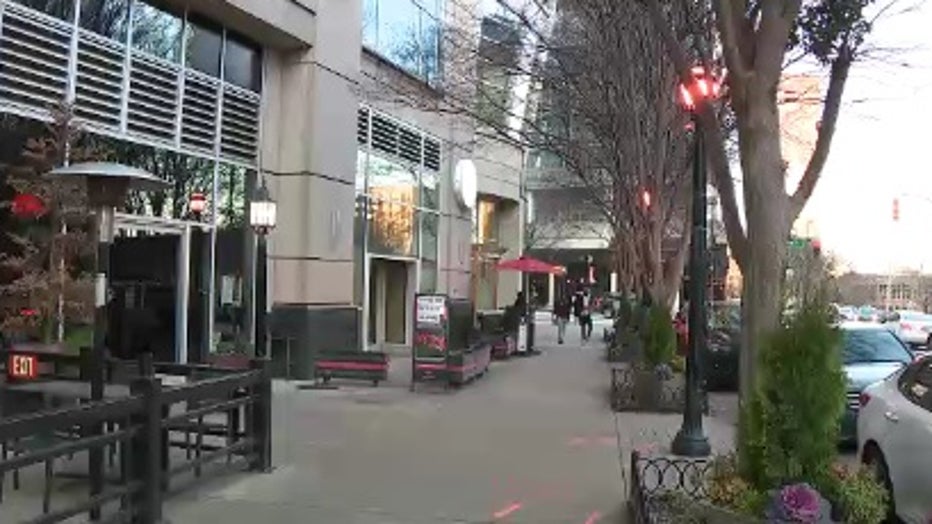 Atlanta Police say officers later found the suspect vehicle and tried to conduct a traffic stop but the driver refused and kept going.

In a statement to FOX 5 Tuesday, Atlanta Police said the following:

"...The suspect was unsuccessful in taking this vehicle because the driver did not leave her vehicle running with the keys in it nor did she have the keys accessible. Instead, she removed them and handed them to the valet. Had she not done this, it is very likely the suspects would have driven away before valet could have reacted. Also, the valet employees were paying attention to their surroundings and quickly noticed what was happening and took action. While we would caution people in intervening in property crimes, we are appreciative of their response and very thankful no one was seriously injured in this incident."