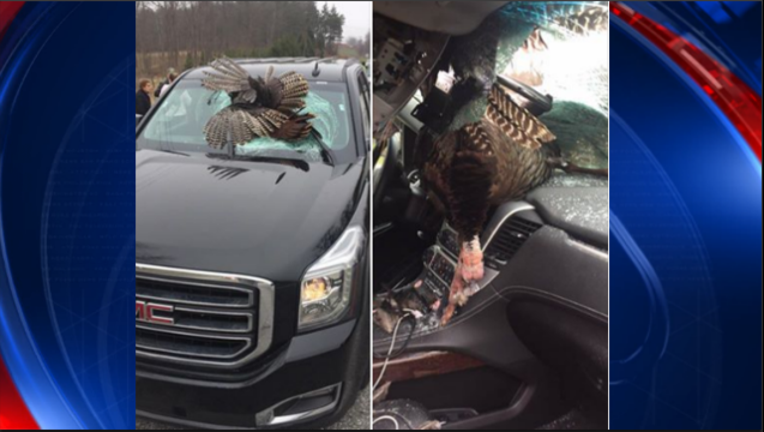 LA PORTE COUNTY, Ind. - It was shocking and sudden: a wild turkey came flying toward an SUV traveling on U.S. 20 and smashed through the windshield.

According to the post, the Taraboczhia family had just left Notre Dame where their daughter was just accepted and, as they traveled west on the highway in La Porte County, a wild turkey flew into the path of their rental vehicle.

The images show the 30 pound turkey impaled in the center of the windshield. The Tom was killed on impact, deputies said.

Luckily, the family only suffered minor cuts from the glass.

“Mating season for wild turkeys means that they are often on the move and can be as hazardous as deer,”  the post said.