According to the Pickens County Sheriff's Office, a teacher at Pickens High overheard students referring a gun being in a student's vehicle and reported it to administrators and school resource officers.

Officials located a BB gun inside the student's vehicle as well as ammunition for another handgun. The weapon that the ammunition belonged to was not in the car. 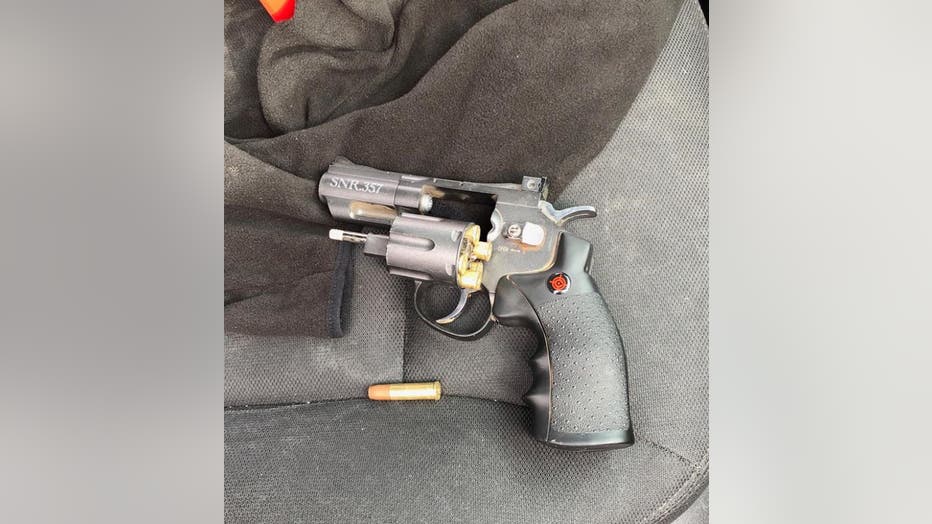 Officers were originally investigating the possibility of a student allegedly making threats to kill another student when the teacher overheard the gun conversation.

"The gun turned out to be a BB gun, but it was very realistic in appearance," the sheriff's office said.

The student has been charged with disorderly conduct.