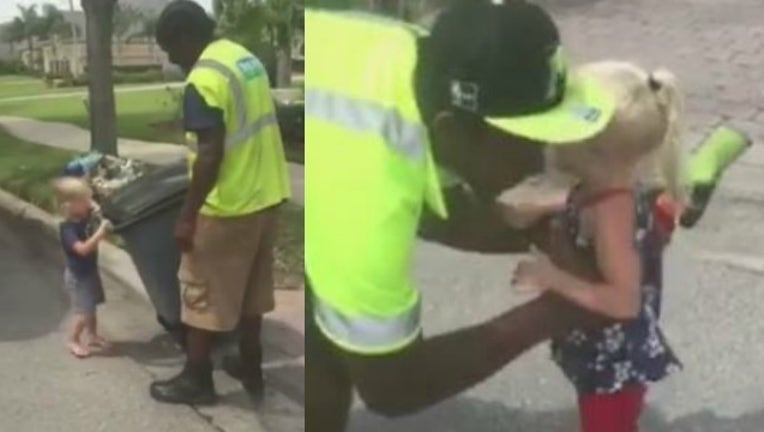 LONGWOOD, Fla. - A Florida woman's video of her triplets joyously greeting their garbage men will likely be the best thing you watch all week!

Martha Sugalski, who works as an anchor in Orlando, shared the Facebook video last month and since then it has been shared more than 510,000 times.

In the heartwarming clip, siblings Heaton, Wilder and Holden are standing in the driveway of their Seminole County home, waiting to give the garbage men some Gatorade.

"I got some Gatorade!" one of the triplets said, holding the bottle up. As the hardworking men pulled up, one of them said "For me? You shouldn't have!"

One the workers then picked up Sugalski's little girl and held her in his arms as another triplet helped bring the garbage can to the truck.

"You're a helper!" Sugalski said on video.

Turns out, Sugalski's kids await the sanitation workers every week.

"We have come to love these men," Sugalski said on her Facebook page. "Every week we catch up on life, what's going on with them and their families and see what's new."

The mother said "garb" days, Tuesdays and Fridays, are their favorite days of the week.