Community members voiced their concerns over a proposed jail in Walton County.

WALTON COUNTY, Ga. - Residents are demanding that leaders stop plans to build a jail in their community.

Walton County officials are in the process of building a new facility near the courthouse in the city of Monroe.

Tuesday evening, several community members spoke out in opposition to the site going up near their homes.

"It's just gonna destroy my way of life," one man told the commissioners.

The second homeowner got a round of applause after saying that she doesn't "want a jail built in any neighborhood in Walton County."

The commissioners recently decided that the original proposed site for the new jail, off Church Street, will no longer be under consideration following previous protests from residents.

However, that's not enough for the group that spoke out Tuesday.

"Please stop trying to cram this down our throat by moving the site a few hundred feet over from East Church Street to the other side of the courthouse and acting like that is going to solve this problem," homeowner Laura Gross explained.

Following public comment, the board voted to get a site plan for Baker Street, a new proposed site.

"It is not residential," Chairman David Thompson said. "It can't be zoned residential. It can never be built on except for a government intently building so it's very attractive for this location." 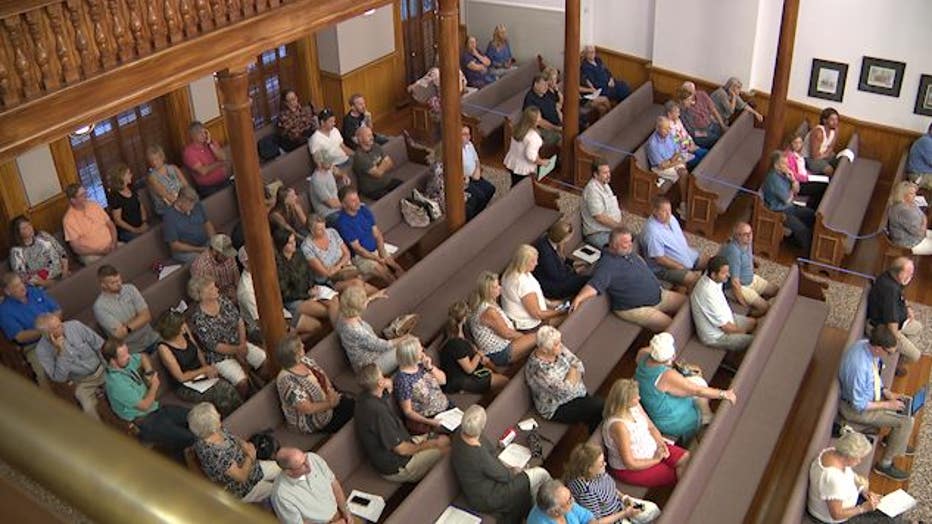 Thompson addressed the speakers' concerns, saying there is a critical need to get this project going.

He went on to say that someone in the current jail will get hurt if something isn't done.

County leaders said the current jail is unsafe and inadequate.

They also told us the plans for a new jail have been in the works for more than a decade.

"Your site study is eight years old," resident Melinda Quinn said. "I know that a new one done but the one that started this discussion was eight years old. The jail feasibility study is six years old. When these were done, the 2010 census had just been released."

Homeowners said they were blindsided by the plan and believe the site will ruin Monroe’s economic revitalization.

County leaders say the current jail is unsafe and inadequate.

Some of the people here are not opposed to a new jail but say it needs to be in an industrial area.

"I hope you all come to your senses and find a suitable location at a reasonable price. The taxpayers won't forget," a homeowner told the board.

The chairman said his goal has always been to locate the facility near the courthouse for the safety of the deputies who transport prisoners and reduce travel for county judicial employees.