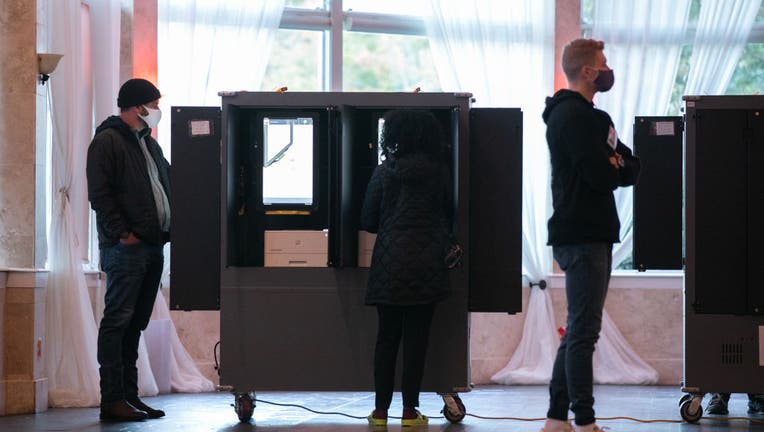 Officials with the Morgan County Board of Elections confirmed with FOX 5 that poll pads in the county's voting places are not encoding the cards right now.

The county has shifted to using back up procedures to allow voters to still cast their votes, but say that the change will cause delays.

"The lines are a bit longer than we would like," Elections Director Jennifer Doran said in a statement. "We are asking voters to be patient while we work to get everyone voted."

Morgan County is not the only county in Georgia to experience problems with its voting machines. Spalding County has also moved to paper ballots after computer problems shut down the machines at all polling precincts in the area.

This is one of the first statewide elections since Georgia bought a new system for more than $100 million last year from Dominion Voting Systems. The system includes touchscreen voting machines that print paper ballots for voters to insert into scanners, which read a barcode to record and tally the votes.

The coronavirus outbreak complicated training on the new system and many experienced poll workers dropped out ahead of the primary, fearing exposure to the virus. Since then, thousands of new poll workers have been recruited and trained, and election officials said they planned to have an army of technicians on hand to troubleshoot any equipment problems that arise.