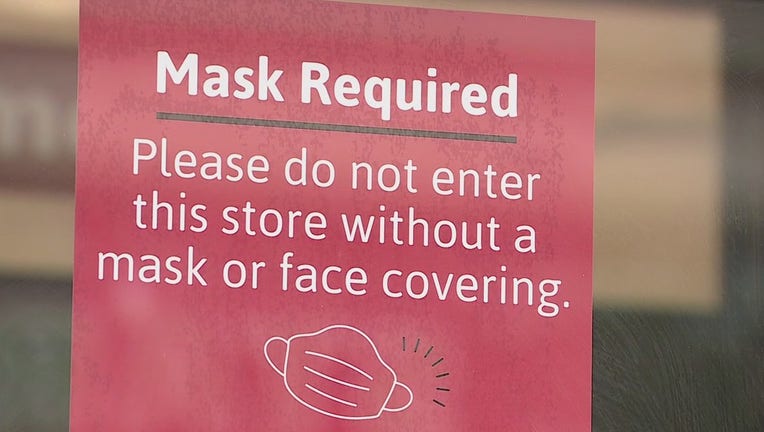 Nearly a year after California Gov. Gavin Newsom ordered the nation’s first statewide shutdown because of the coronavirus, masks remain mandated, indoor dining and other activities are significantly limited, and Disneyland remains closed.

By contrast, Florida has no statewide restrictions. Republican Gov. Ron DeSantis has prohibited municipalities from fining people who refuse to wear masks. And Disney World has been open since July.

Despite their differing approaches, California and Florida have experienced almost identical outcomes in COVID-19 case rates.

How have two states that took such divergent tacks arrived at similar points?

Gov. Brian Kemp and health officials give an update on COVID-19 vaccine distribution in Georgia.

"This is going to be an important question that we have to ask ourselves: What public health measures actually were the most impactful, and which ones had negligible effect or backfired by driving behavior underground?" said Amesh Adalja, a senior scholar at the Johns Hopkins Center for Health Security.

Though research has found that mask mandates and limits on group activities such as indoor dining can help slow the spread of the coronavirus, states with greater government-imposed restrictions have not always fared better than those without them.

California and Florida both have a COVID-19 case rate of around 8,900 per 100,000 residents since the pandemic began, according to the federal Centers for Disease Control and Prevention. And both rank in the middle among states for COVID-19 death rates — Florida was 27th as of Friday; California was 28th.

Connecticut and South Dakota are another example. Both rank among the 10 worst states for COVID-19 death rates. Yet Connecticut Gov. Ned Lamont, a Democrat, imposed numerous statewide restrictions over the past year after an early surge in deaths, while South Dakota Gov. Kristi Noem, a Republican, issued no mandates as virus deaths soared in the fall.

THE LATEST: Coronavirus in Georgia

While Lamont ordered quarantines for certain out-of-state visitors, Noem launched a $5 million tourism advertising campaign and welcomed people to a massive motorcycle rally, which some health experts said spread the coronavirus throughout the Midwest.

Both contend their approach is the best.

"Even in a pandemic, public health policy needs to take into account people’s economic and social well-being," Noem said during a recent conservative convention.

Lamont recently announced that he is lifting capacity limits at retail stores, restaurants and other facilities, effective March 19. But bars that don’t serve food will remain closed and a mask mandate will continue.

"This is not Texas. This is not Mississippi. This is Connecticut," Lamont said, referencing other states that recently lifted mask mandates.

"We’re finding what works is wearing the mask, social distancing and vaccinations," he said.

As new COVID-19 cases decrease nationally, governors in more than half the states have taken actions during past two weeks to end or ease coronavirus restrictions, according to an Associated Press tally. Some capacity limits ended Friday in Maryland and Oklahoma. Michigan, Minnesota, New Jersey, New York and Wyoming are relaxing restrictions in the coming week.

In almost all cases, governors have lauded their approach to the pandemic, while critics have accused them of being too stringent or too lax.

California’s slow reopening is expected to gain steam in April. But Republicans in California are helping organize a recall effort against Newsom that has drawn nearly 2 million petition signatures from people frustrated over his long-lasting limits on businesses, church gatherings and people’s activities. He also faces intense pressure over public school closures and the glacial pace of getting them reopened.

Newson asserted that California has been a leader in combating the virus while delivering his State of the State address this past week from Dodger Stadium, where the empty seats roughly equaled the state’s 55,000 COVID-19 deaths.

"From the earliest days of this pandemic, California trusted in science and data, and we met the moment," Newsom said.

He added: "We’re not going to change course just because of a few naysayers and doomsayers."

In his own State of the State address, DeSantis asserted that Florida was in better shape than others because its businesses and schools are open. Florida’s unemployment rate ranked below the national average, and significantly lower than California’s, at the start of this year.

"While so many other states kept locking people down over these many months, Florida lifted people up," DeSantis said.

Determining which approach is best is more complicated than just looking at statewide policies and overall case rates.

Like Florida, Missouri had no statewide mask mandate, ended business restrictions last June and has a cumulative COVID-19 death rate similar to California’s. In the absence of statewide orders, many of the largest cities in Florida and Missouri imposed their own mask requirements and business restrictions. In Missouri, that meant about half the population was still subject to mask mandates.

Republican Gov. Mike Parson has touted "a balanced approach" to the pandemic that left many public health decisions up to local officials and allowed Missouri’s economy "to come back strong." New COVID-19 cases and unemployment are both low, and consumer spending has returned to pre-pandemic levels, Parson said this past week.

Public health experts said individual choices could help explain the similar outcomes among some states with loose or strict orders from the governor.

Some people voluntarily were "being more vigilant in states where the guidelines are more relaxed," said Thomas Tsai, an assistant professor at the Harvard T.H. Chan School of Public Health. Yet in states with more government mandates, "people generally in public were wearing masks and following the guidelines, but in private they were letting down their guard and less vigilant," he said.

Imposing strict measures, like forbidding families from visiting grandparents and friends from gathering, is like taking an abstinence-only approach to combating drug use and sexually transmitted disease, said Adalja, of Johns Hopkins University.

Some will comply. But other "people are going to do those activities, anyway," he said.