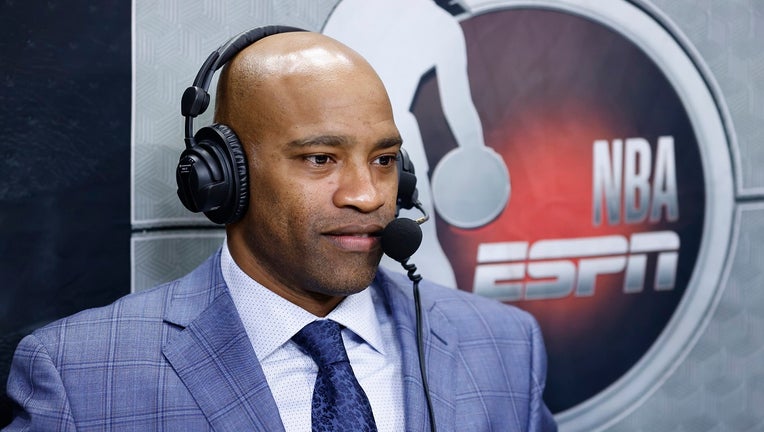 ESPN commentator Vince Carter looks on prior to a preseason game between the Miami Heat and the Boston Celtics at FTX Arena on October 15, 2021 in Miami, Florida. NOTE TO USER: User expressly acknowledges and agrees that, by downloading and or using

ATLANTA - Former NBA star Vince Carter had nearly $100,000 stolen from his Buckhead home over the weekend and police are still searching for the brazen burglar.

Atlanta police said someone broke into Carter’s nearly 12,000 square-foot home on a road just off Northside Drive on Sunday. Officers spotted a man running from the home when they arrived, but they could not catch up with him in time.

Police said the front window of the home was smashed and "a large amount of $100 bills spilled on the ground." Multiple rooms appeared to be ransacked or rummaged through.

According to police report, Carter’s wife was at their home and in bed with their two sons just before 11:50 p.m. when she heard a loud noise downstairs. Sondi Carter told police she ushered the boys to the closet where the trio hid, called 911, and then texted the neighborhood patrol.

FOX News reports more than $16,000, a small fraction of the cash taken, was later recovered along with at least one gun. A second gun was also found at that scene that might have belonged to the burglar.

Police said at least one fingerprint was pulled from the scene. No word on if the burglar was caught on camera. 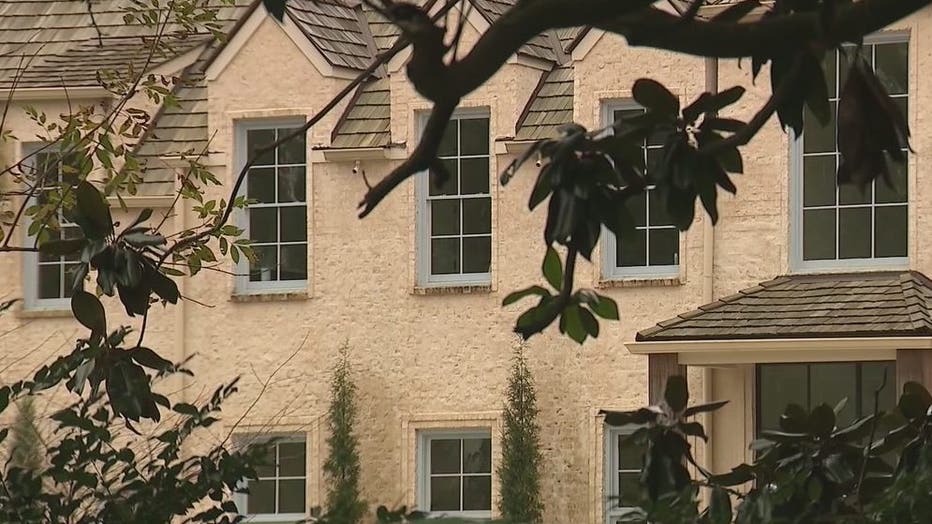 A photo of the exterior of Vince Carters Buckhead mansion taken in Oct. 2020. (FOX 5)

No one was injured in the break-in.

This is the second time Carter's home has been targeted in the last few years. A police report was filed on Oct. 25, 2020 reporting a break-in.

According to Fulton County property records, the home was built in 2016. The 3-story home which sits on more than an acre of land was bought by Carter for just under $7 million in 2020, before he retired from the Hawks. Carter played 22 in the NBA for a total of 22 seasons and now works as an analyst for ESPN.

FOX News and The Associated Press contributed to this report