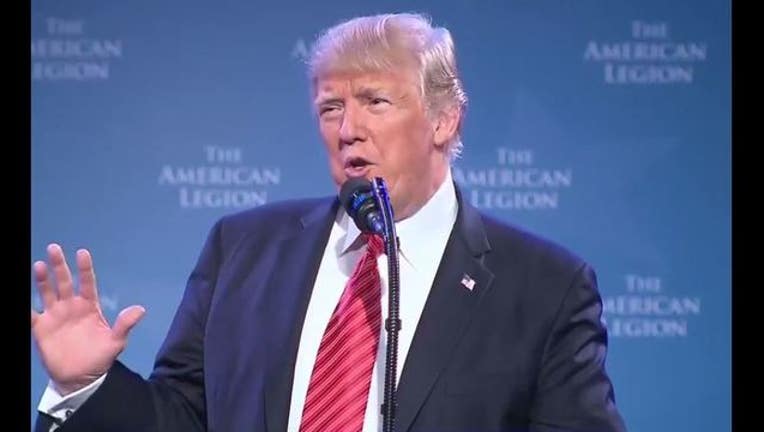 He landed at the Reno-Tahoe International Airport just before 10:30 a.m.

Trump was greeted on the tarmac by Nevada Gov. Brian Sandoval, among others.

Outside the convention center, there's been no sign of violence among the crowd of about 50 supporters of the president and the 300 or so anti-Trump protesters.

An officer has directed the people to separate into opposite corners. The officer said that this way, "everybody can get their message out peacefully."

Trump is scheduled to return to Washington after this visit.