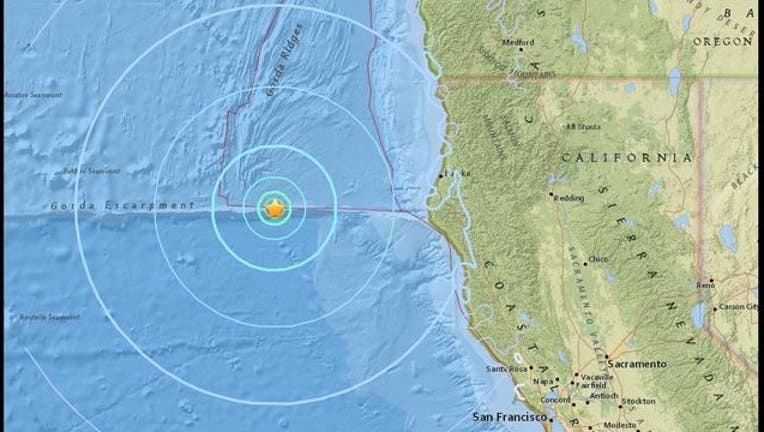 FERNDALE, Calif. (FOX 11 / AP) - A 5.7 magnitude earthquake struck off the coast of Northern California on Friday, jolting residents of the coastal town of Ferndale but bringing no immediate reports of damage or injuries.

The quake hit at 1:50 p.m. in the Pacific Ocean about 133 miles west of Ferndale, the U.S. Geological Survey said. The depth was measured at 3.6 miles deep.

The Pacific Tsunami Warning Center said in a statement there was no threat of a tsunami.

In January 2010, a 6.5 magnitude quake in the Pacific caused about $34 million in property losses in and around the nearby city of Eureka, including partial damage to at least nine buildings.

The area experienced a magnitude 7.2 earthquake in 1992 that left 95 people injured and caused millions of dollars in damage, according to the USGS. That earthquake was felt as far south as San Francisco.

It was followed by a magnitude 6.5 earthquake about 12 hours later and a magnitude-6.7 earthquake a few hours after that, both of which caused additional damage.