RALEIGH, N.C. - Republican U.S. Sen. Thom Tillis will get a second term in Congress after Democratic rival Cal Cunningham conceded Tuesday, saying “the voters have spoken” and it was clear Tillis had won.

Tillis led Cunningham by more than 95,000 votes, or 1.76 percentage points. The race remained too early to call Tuesday, with votes till uncounted, but Tillis said Cunningham called him with a concession.

The Senate race between Tillis and Cunningham was one of the most expensive in U.S. history, with more than $242 million spent on ads, according to Advertising Analytics.

Tillis, 60, was first elected to Congress in 2014 after defeating Democratic incumbent Kay Hagan. Voters sent him to Washington after he served as the speaker for the North Carolina House of Representatives. While in Congress, Tillis served on multiple committees including armed services, judiciary, and veterans’ affairs. 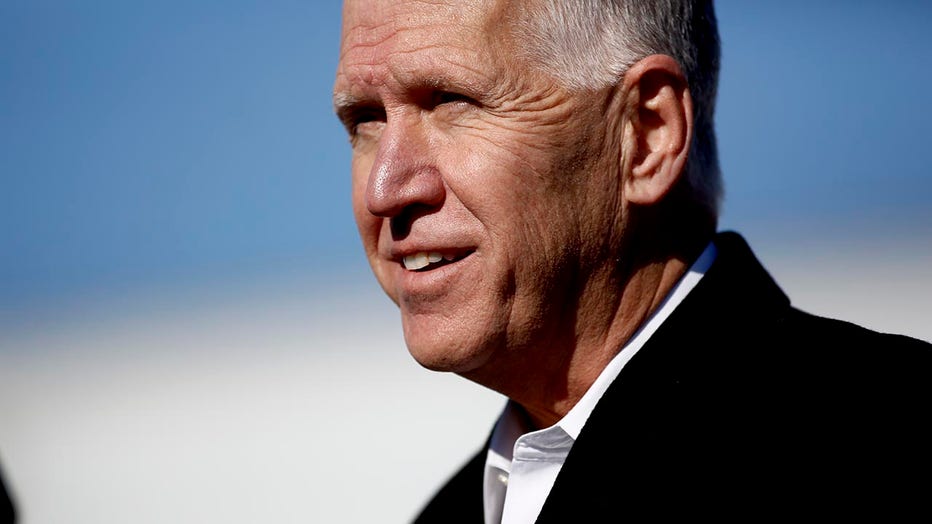 Tillis came under fire for his conduct amid the COVID-19 pandemic. He tested positive for the coronavirus after attending a White House event in September where President Donald Trump first announced Barrett’s nomination to the U.S. Supreme Court. The Associated Press reported that he wore a mask during the outdoor event but took it off once he was indoors.

Meanwhile, Cunningham wasn’t without his own controversies. The former state senator and attorney found himself in a political scandal after suggestive text messages to a woman who was not his wife surfaced. Cunningham apologized to the public, his wife and family but refused to drop out of the race.

“I have hurt my family, disappointed my friends, and am deeply sorry. The first step in repairing those relationships is taking complete responsibility, which I do,” Cunningham said a statement.

Cunningham, who is also an Army Reserve Lt. Col., is under investigation by the reserve force, but a spokesperson couldn’t provide any further details, according to Army Times.

Recent polls had suggested Cunningham was headed to victory. The University of Massachusetts Lowell had Cunningham winning 49% of likely North Carolina voters and Tillis with 45%.

Cunningham did well in fundraising, bringing in $28 million in the third quarter, more than any other North Carolina politician, according to his campaign. The Associated Press reported Tillis raised $6.6 million in the same time period.

If the race is ultimately called for Tillis, he will have also beat out two other names on the ballot: Libertarian Shannon Bray and Constitution Party candidate Kevin Hayes.

This story was reported from Los Angeles. The Assciated Press contributed.